Every Day Is a Summer Vacation, Part 3 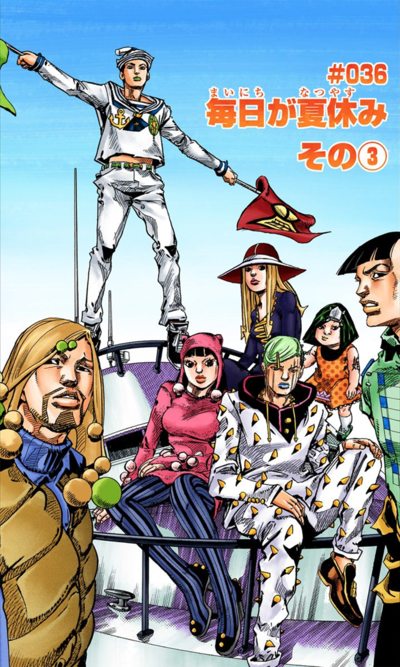 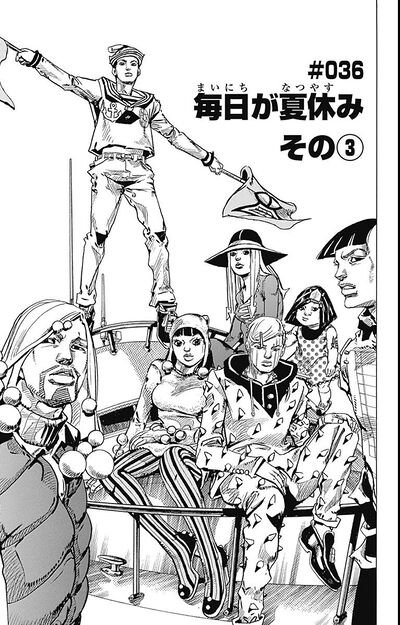 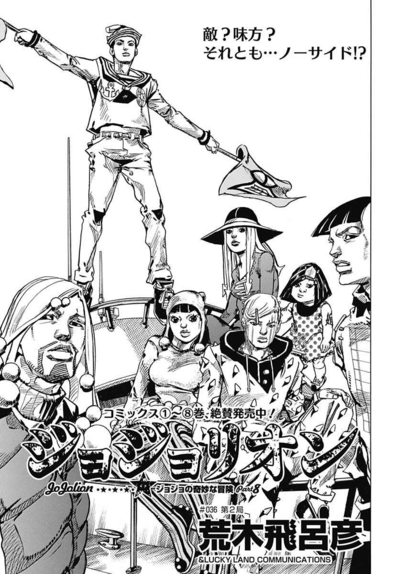 Every Day Is a Summer Vacation, Part 3 (毎日が夏休み その③, Mainichi ga Natsuyasumi Sono 3), originally Game Two (第2局, Dai-ni-kyoku) in the UJ release, is the thirty-sixth chapter of JoJolion and the eight hundred eighty-third chapter of the JoJo's Bizarre Adventure manga.

Yasuho begins to realize the existence of her Stand, Paisley Park, and experiments with it a bit. She is interrupted when Tsurugi rings at her door, and asks her to come with him to help Josuke find the location of the fruit.

After Jobin shaves his eyebrow without hesitation, Josuke tries to leave, only for Joshu to halt him, accusing him of cheating, theorizing (correctly) that Josuke planted pheromones in the ring. Jobin stops Joshu; reacting surprisingly well to his defeat, smiling and saying that he feels like a kid in a summer vacation again. Interested in Josuke, he demands that Joshu supports Josuke from now on as he challenges him again at a beetle fight. Josuke tries to refuse, saying that his Palawanicus' mandible is broken. Jobin, however, retorts that the beetle remembers what it's like to win a fight, which makes it more able to win again. Josuke then accepts the challenge, having waited for that moment, and proposes another bet. This time Josuke wants Jobin's Lamborghini Gallardo, as Tsurugi explains to Yasuho, investigating the Lamborghini's event data recorder will lead to the location of the fruit.