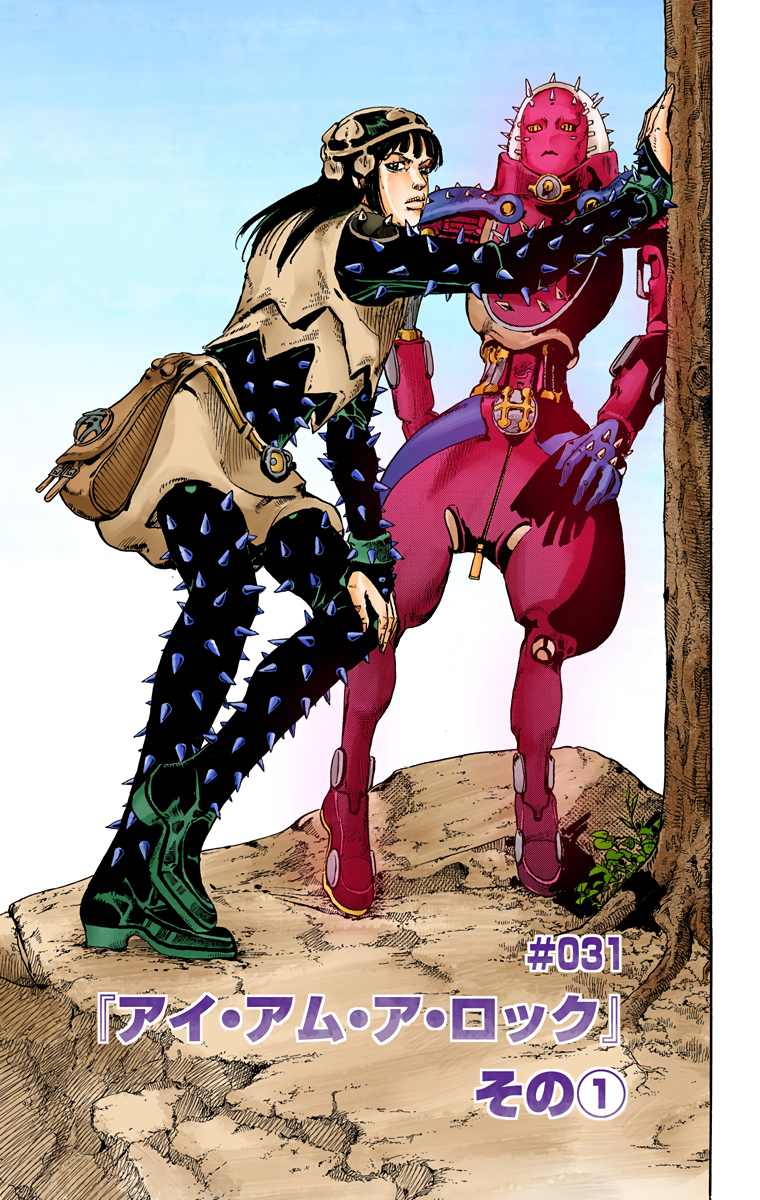 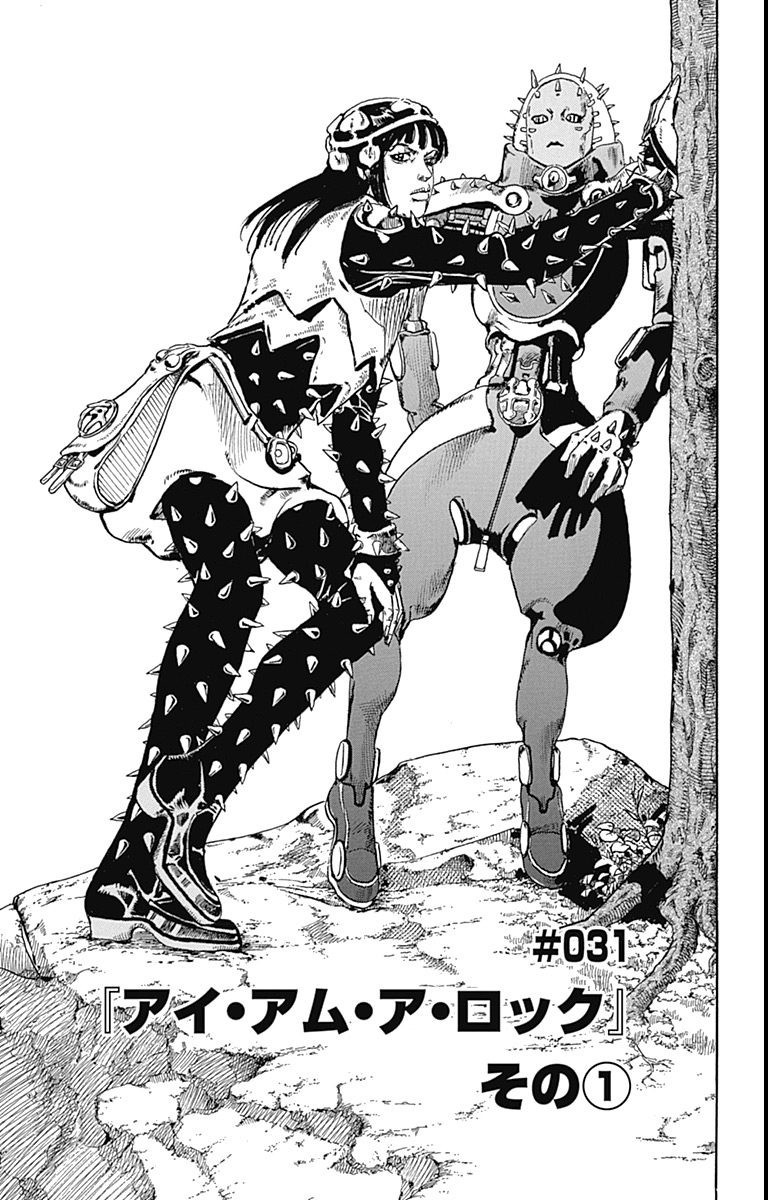 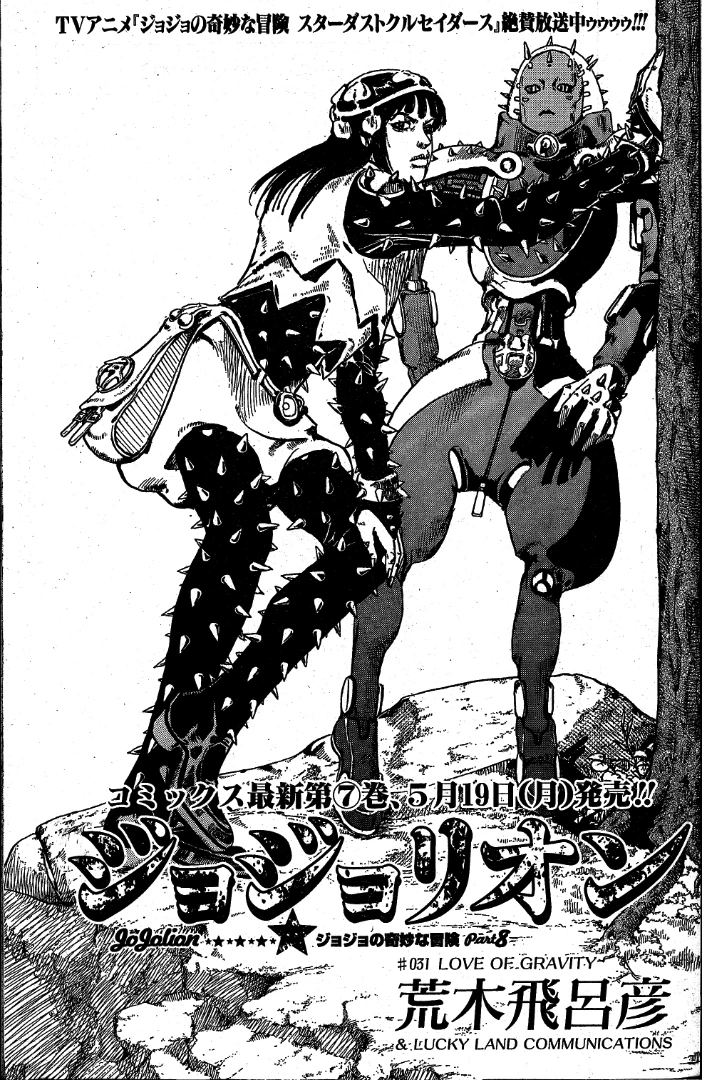 "I Am a Rock", Part 1 (『アイ・アム・ア・ロック』 その①, "Ai Amu A Rokku" Sono 1), originally Love of Gravity (LOVE OF GRAVITY, Rabu Obu Gurabiti) in the UJ release, is the thirty-first chapter of JoJolion and the eight hundred seventy-eighth chapter of the JoJo's Bizarre Adventure manga.

Norisuke is flabbergasted at Josuke stating that Yagiyama was made of rock. Using King Nothing to detect Yagiyama's scent, he manages to find him in his rock form. Josuke first tries to pummel the rock with no success but manages to break a chunk off it, causing it to bleed. Suddenly, several bottles of pesticides roll out of the forest from the Higashikata House towards them. They lose sight of Yagiyama, who then appears before the two, claiming he's won and that he will "Obtain it" and that Josuke "survived". Josuke tries to punch Yagiyama again but the latter disappears among the rocks.

The pesticide jugs roll closer and Norisuke yells at Josuke to leave with Yasuho and get out of Yagiyama's effective range, but Josuke decides to stand his ground and uses Soft & Wet to move the Yagiyama rock away. Yagiyama summons his Stand, I Am a Rock, to make rocks converge toward him and pop the bubble, freeing himself as the jugs strike Josuke and Norisuke.

(1st full appearance)
I Am a Rock