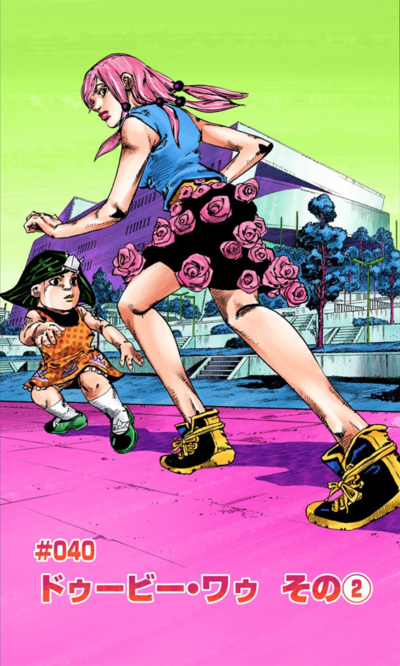 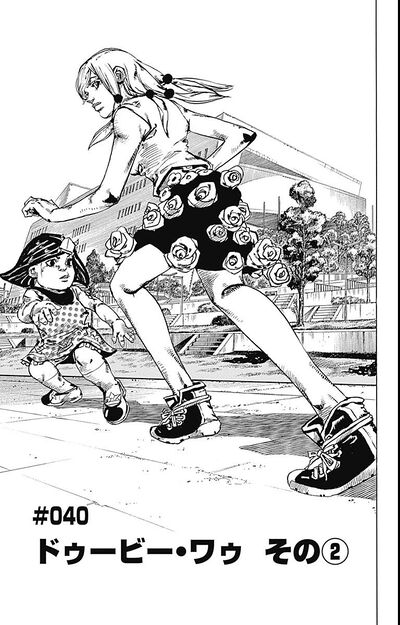 Aisho kicks the Paisley Park-turned-frog-origami, knocking Yasuho and Tsurugi around. The two realize he figured out he is dealing with a Stand, but not that there are two of them, or what they can do. In a panic, Aisho tries to call Yagiyama on his phone, but is unable. In this moment of respite, Yasuho turns the cell phone Paisley Park into a banana peel a second before Aisho steps on it, but is startled when he doesn't slip on it.

As a backup, Tsurugi unleashes dozens of other frog origami to confuse Aisho so the Paisley Park-frog can escape. As they escape, Yasuho reveals she used Paisley Park to determine Aisho was in his office in the stadium just nine minutes before he arrived at the intersection, so the tree that grows the spiky fruit must be in the stadium or the surrounding area.

Back at the park, Aisho determines he's being trailed by two long-range Stands. In the stairwell of the building they were hiding in, Yasuho and Tsurugi are attacked by a miniature tornado surrounding a being with a crown-like head. The tornado destroys Yasuho's laptop and slices into Tsurugi's ankle, who figures it must be Aisho's Stand.

Yasuho grabs Tsurugi and slips through a third-story window, where they sit stranded. The tornado disappears and assaults them on the windowsill.