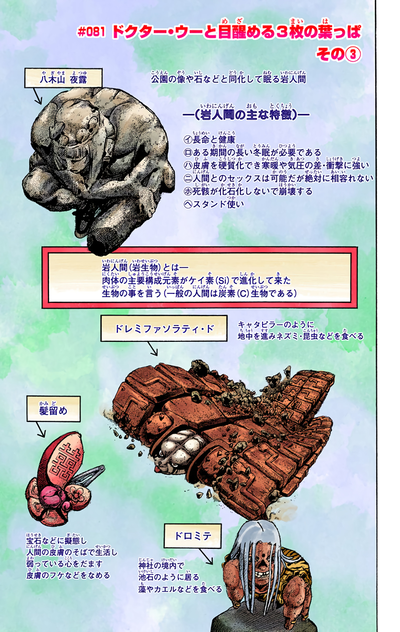 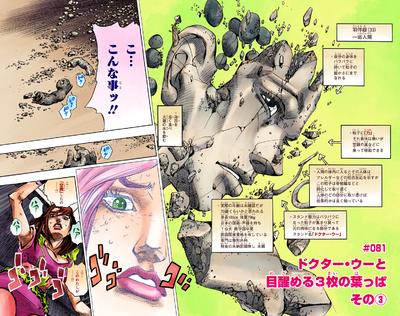 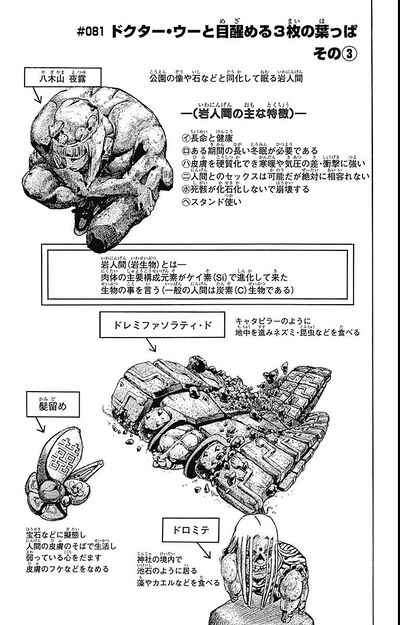 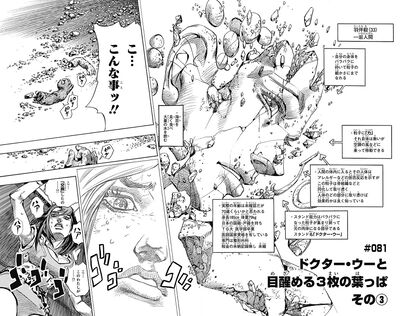 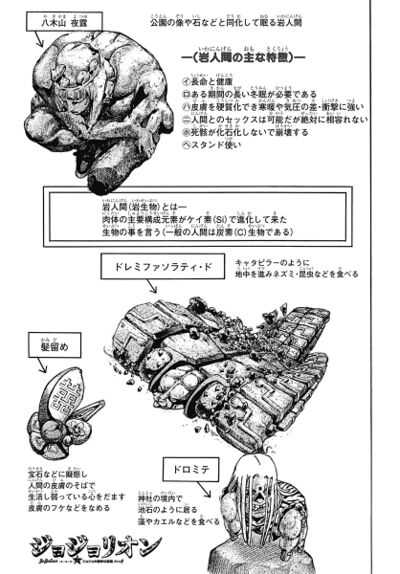 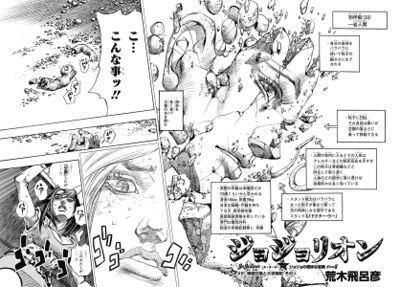 On their way to the examination room, Mitsuba hesitates a bit, but ultimately decides to save her child, putting the fragments of the fetus back into her body via her Stand. At the same time, Yasuho meets Toru, an old acquaintance of hers, and asks him to contact Josuke Higashikata in the lobby. Toru accepts, but not before lecherously teasing her.

Meanwhile, Toru finds Josuke and Rai Mamezuku, telling them Yasuho's location. When the two ask of his relation to Yasuho, he reveals that he is her ex-boyfriend.