The Wonder of You, Part 6 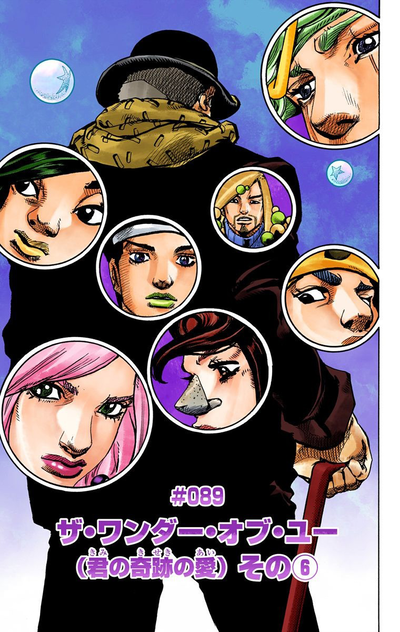 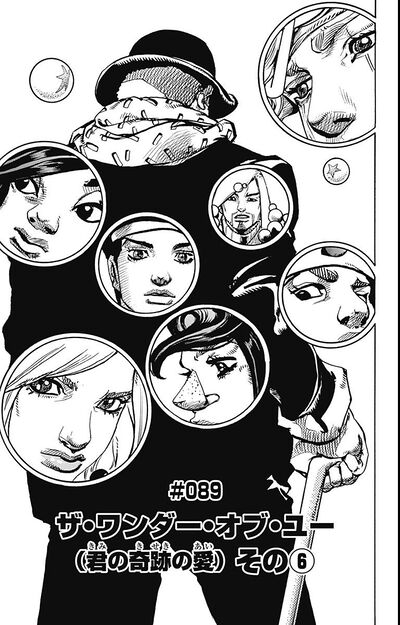 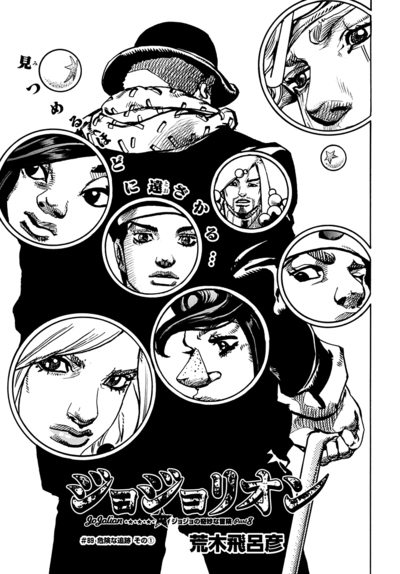 Morioh's police is scrambling to find Josuke and Mamezuku, who are suspected of murdering a patient back at TG University Hospital. At the Higashikata House, the Higashikata Family is enjoying the day but Norisuke's peace is broken when he reads the newspaper and learns what is happening to Josuke and Mamezuku. Incidentally, the news of Ojiro Sasame and Maako Kitani's deaths is being broadcasted on TV.

Meanwhile, Josuke and Mamezuku are quietly sitting in a car as the latter stitches his damaged leg, after having bought some supplies from a store. The two discuss the mechanisms of Satoru Akefu's Stand, theorizing that it makes attacks knock into whoever is pursuing him. Moreover, it is said that Josuke is having Yasuho Hirose take care of research for the time being. Their discussion is briefly interrupted when Mamezuku looks down and spots a worker ready to prune trees, notably the tree in which Mamezuku and Josuke have hidden their car. Mamezuku asks the worker to postpone his work and thanks him for some peaches.

Mamezuku then mentions an ad announcing that tomorrow, a lecture on regenerative medicine will be held at TG University Hospital and it is claimed that Akefu will be attending it. Mamezuku thus expresses the will to finally see the doctor's face and asks Josuke if he wants to go. Josuke agrees but is briefly shocked to read the news of Ojiro's death on the papers. Upon Josuke's request, Mamezuku says that the New Locacaca harvest will occur in 48 hours. As soon as they both decide to go to the lecture, the Stand from earlier reappears. Josuke summons Soft & Wet to attack it but it still disappears. They hastily jump down the tree and try to gather their thought, eventually concluding that the Stand is triggered by the mere thought of pursuing Satoru Akefu. Concerned by the imminent attacks, Josuke and Mamezuku flee, pursued by a police car which spotted them. It starts raining, and to Mamezuku and Josuke's horror, the raindrops begin to tear through their bodies. Almost hit in the face by the falling drops, Josuke tries to create bubbles to protect himself and Mamezuku, but the bubbles pop. Ironically, the two must take refuge inside one of the police cars just as the officers request backup. Realizing how powerful the Stand is, Josuke and Mamezuku must now find Satoru at all costs. Furthermore, Josuke begins to fear for Yasuho's safety as she too may be "pursuing" Akefu.

Author's Note
“
I climbed the Tokyo Tower for the first time. Once again, it's amazing that the tower can be seen from anywhere in the city.
”
—Hirohiko Araki
“
初めて東京タワーに上った。改めて都心のどこからでも見える塔って凄いな。
”
—Hirohiko Araki