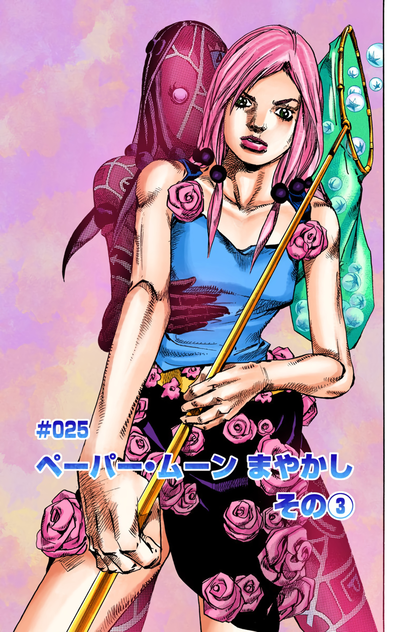 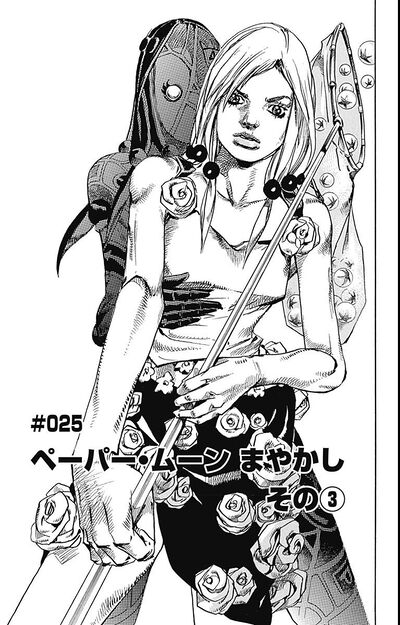 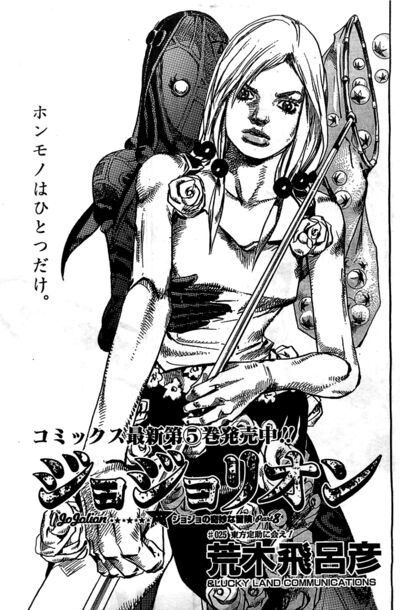 Somehow Yasuho managed to reach Sesame Honey Cafe. Still very distraught by her inability to distinguish objects and people, she spots Tsurugi who still has his face, and spilling his grape juice bottle on her skirt, yells at him not to follow her and that he'll be punished for what he's doing to her. Tsurugi then leaves, and Yasuho enters the Sesame Honey Cafe, unknowingly missing Josuke who is staring at his phone. Josuke also encounters Tsurugi and asks what he's doing here, only for Tsurugi to tell him to leave too. Suddenly someone grabs Josuke's phone and yells at him; but Josuke has also fallen under Paper Moon King's spell and cannot distinguish between people. Josuke doesn't recognize Joshu who is mad at Josuke for using his phone.

Meanwhile Yasuho realizes that the supposed Sesame Honey Cafe is in fact a disk store, and that she cannot even distinguish between words at this point. Yasuho eventually meets Joshu, but mistakes him for Josuke and a misunderstanding ensues between the two as Joshu believes that Yasuho is confessing to her. Bringing her to a toilet room, Joshu tries to go further with Yasuho but she knocks him out with a toilet cistern lid. Yasuho flees again toward a police car. Unfortunately, the car is owned by a group of thugs. They take her inside the car and, believing that she's high on drug, also try to molest her. Paisley Park intervenes and breaks the driver's foot, causing a car crash and thus allowing Yasuho to escape. Yasuho finally surrenders to Tsurugi and asks his help. Tsurugi then takes her to his home, and cancels Paper Moon King on Josuke. While Yasuho is brought to the bunker, she is being watched by someone.