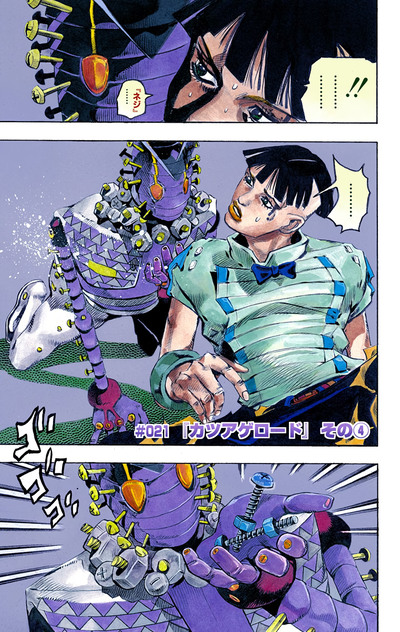 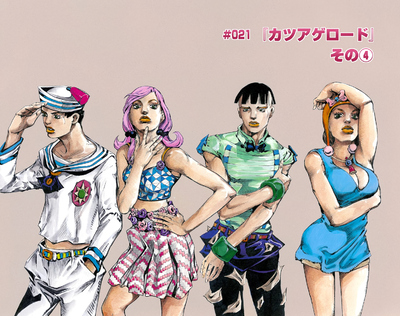 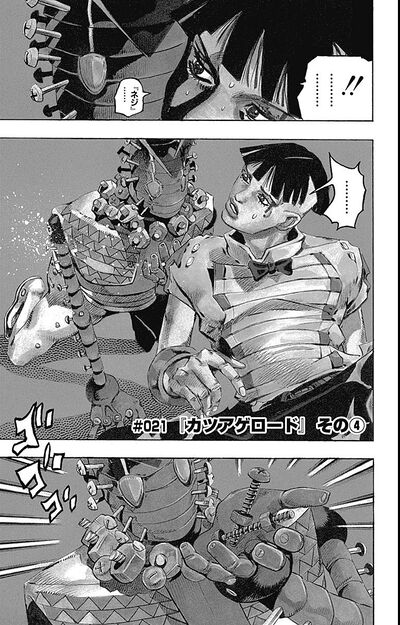 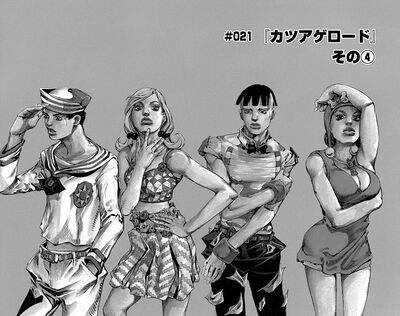 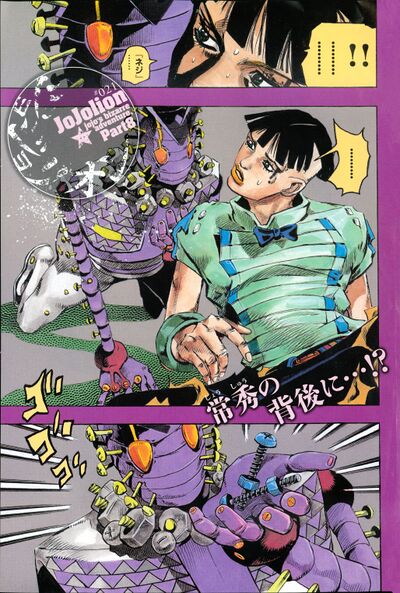 Panic rises among him and the other gangsters as more screws form, causing his other hand to fall off and Joshu's Stand's full body comes to light. Joshu uses the opportunity to escape and after he is far enough the Stand's effects wear off. The gangster's hands return to him, though on the the wrong arms. Joshu also discovers that the money he had stolen was nothing more than leaves. Meanwhile, the cops discover the package Josuke had contained nothing more than candy and were forced to let him go. Josuke reveals that he had also discovered the secret of the ginkgo leaves ability and during the exchange had taken the money for himself using his Stand ability. After paying the old man for his turtle, Josuke makes a call to Yasuho while she's in class, though she doesn't answer due to seeing Joshu's caller ID.

Yasuho discovers Joshu's call originated from Shakedown Road and finds a landmark nearby named Joestar Jizō, which gradually reminds her of Holy and her connection with the Joestar Lineage. Using her Stand ability, Yasuho learns that the monument was built as a memorial to Johnny Joestar, who has apparently died an ominous, but tragic death approximately a hundred years ago. Johnny had come to Japan as a visiting American jockey to aid the government's horsemanship program as well as the importation of Foreign-grown fruits. On the afternoon of the 11th, he was murdered by an unknown assailant via a boulder crushing his head. His body was discovered on the morning of the 12th, and though no perpetrator has been found, his wife Rina was a prime suspect before being released. Back at Extortion Road, Josuke comes across the statue and notices that the man on it has a hat similar to his own. The old pet shop owner comes along and fills him in with the legend behind the statue which he heard from his grandmother.

Though Johnny came to Japan to teach military horsemanship, this was a cover up for his true intention which involved saving his wife, Rina. The two had met on the ship crossing the Atlantic after the Steel Ball Run race and fell in love. They lived together on a ranch and after several years, Rina was struck with an incurable disease. The side effects of disease were at first memory lost, but eventually became life-threatening when Rina's skin began to fold like origami and became stiff and rigid. Johnny decided to bring his wife back to Japan as he felt it was best that she spend her last days in the land in which she was born. However, Johnny, filled with an unbearable amount of grief, decided to do the unthinkable and headed to New York to obtain the Saint Corpse Parts, which would possibly remove Rina's disease. However, the corpse was considered the guardian deity of North America and was suppose to stay sealed underground. Johnny was left with no other choice but to steal the corpse for the one he loved.

Author's Note
“
During meetings, I drink ginger ale without ice. I can't do coffee since it makes it hard to sleep later.
”
—Hirohiko Araki
“
打ち合わせ時の飲物はジンジャーエール氷なし。コーヒーは後で眠れなくなるからなあ。
”
—Hirohiko Araki