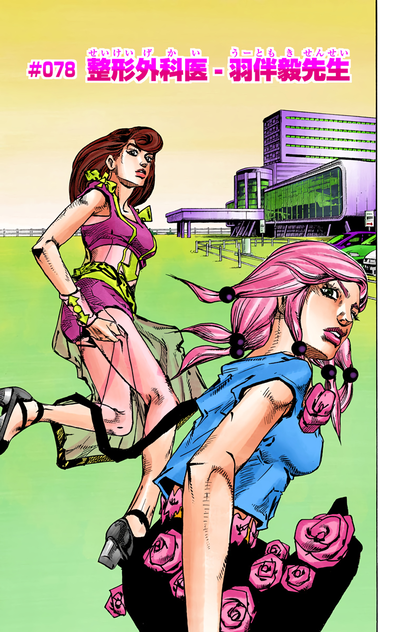 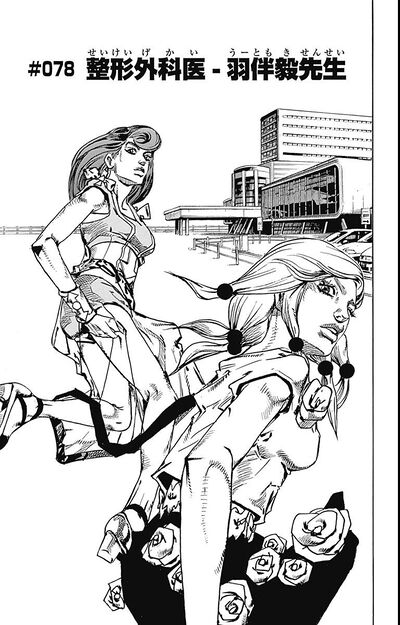 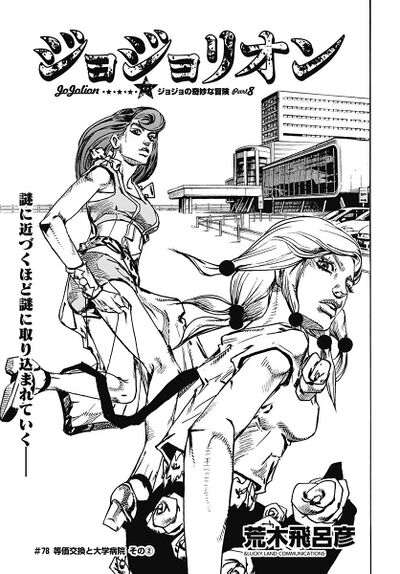 Seeing Mitsuba being wheelchair-bound and taken away, Yasuho nervously calls Josuke. Josuke informs her that the ambulance plate has led to nowhere since there is no existing record of the ambulance, but he gives her a recording from a surveillance camera at the Higashikata orchard which gives a clear view of one of the ambulance drivers. When Yasuho reports her findings, Josuke and Mamezuku worriedly head for the hospital and warn her to stay clear.

Nervously looking around her, Yasuho sees an office in the treatment ward and researches the occupant through Paisley Park. She then discovers that the physican, Dr. Wu Tomoki, is one of the two mysterious ambulance drivers who took the branch. Mitsuba suddenly exits the room, completely healthy, saluting the doctor whom Yasuho remarks is absent. Mitsuba recognizes Yasuho as one of Joshu's acquaintances. Looking at the empty room, Yasuho decides to directly interrogate Mitsuba about the doctor and her legs. However, Mitsuba acts entirely ignorant, revealing that nothing, not even her scalp, is wrong about her.

Entering the room, Yasuho inquires about the wheelchair which is mysteriously absent. Mitsuba claims to not remember any wheelchair, having no reason to have one since she came for a breast enlargement treatment. In an awkward effort to bond over their breasts, Mitsuba pulls Yasuho's hand onto her chest and tries to grope her as well, to Yasuho's disgust. Mitsuba then reveals that she was formerly a model thematically tied to a fruit working for the Higashikata Fruit Company, leading her to meet Jobin.

Yasuho veers the conversation back to Dr. Wu who is absent, leading Mitsuba to wonder about him as well. Suddenly, the young girl spots two unknown shards and looks at them while a confused Mitsuba tries to remember why she came. Looking inside a drawer, Yasuho discovers that the wheelchair has been crushed and hidden. Behind her, Mitsuba has begun to drink the same silicon-laced water and nori, the flesh of her fingers swelling.

When she tries to call Josuke, the two fragment rub together to emit a strange sound stunning both women, and one of them enters Yasuho's ear, leading to something inside her head. Mitsuba has changed, and someone talking through the woman begins to control her body, stating that it knows more than anyone about "going from the realm of life to death", and claiming that Yasuho finding anything is "bad fortune". It thus drags her inside and takes her phone, closing the door shut.