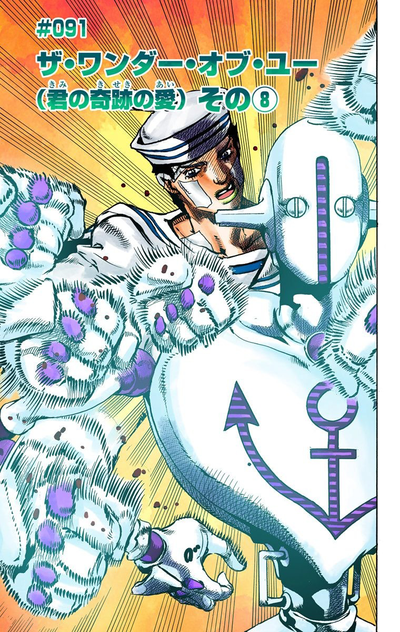 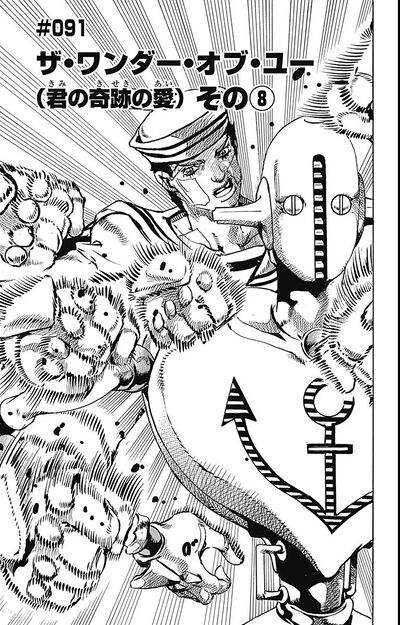 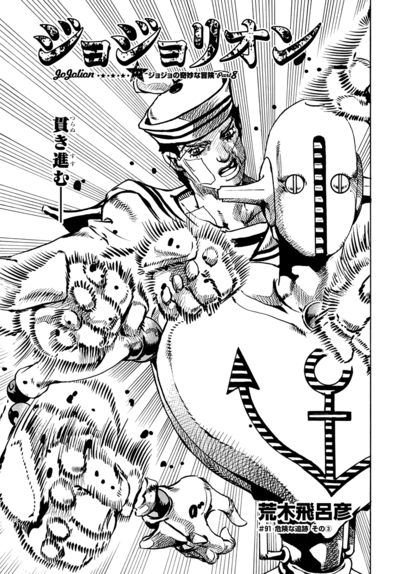 Some time later at the TG University Hospital, Josuke has been put under intensive care. It is 10:52 AM, right before Satoru Akefu's lecture. As the crowd enters the lecture room, Josuke wakes up and puts on his hat. The policeman set to watch over him notices it, approaches the bed and tries to talk to Josuke. However, Josuke then puts two bubbles near the policeman's ears and pops them, knocking him off. Josuke has managed to get close to the hospital director but something unexpected happens. When the policeman collapses into Josuke, the impact is magnified again and Josuke suffers another grievous wound.