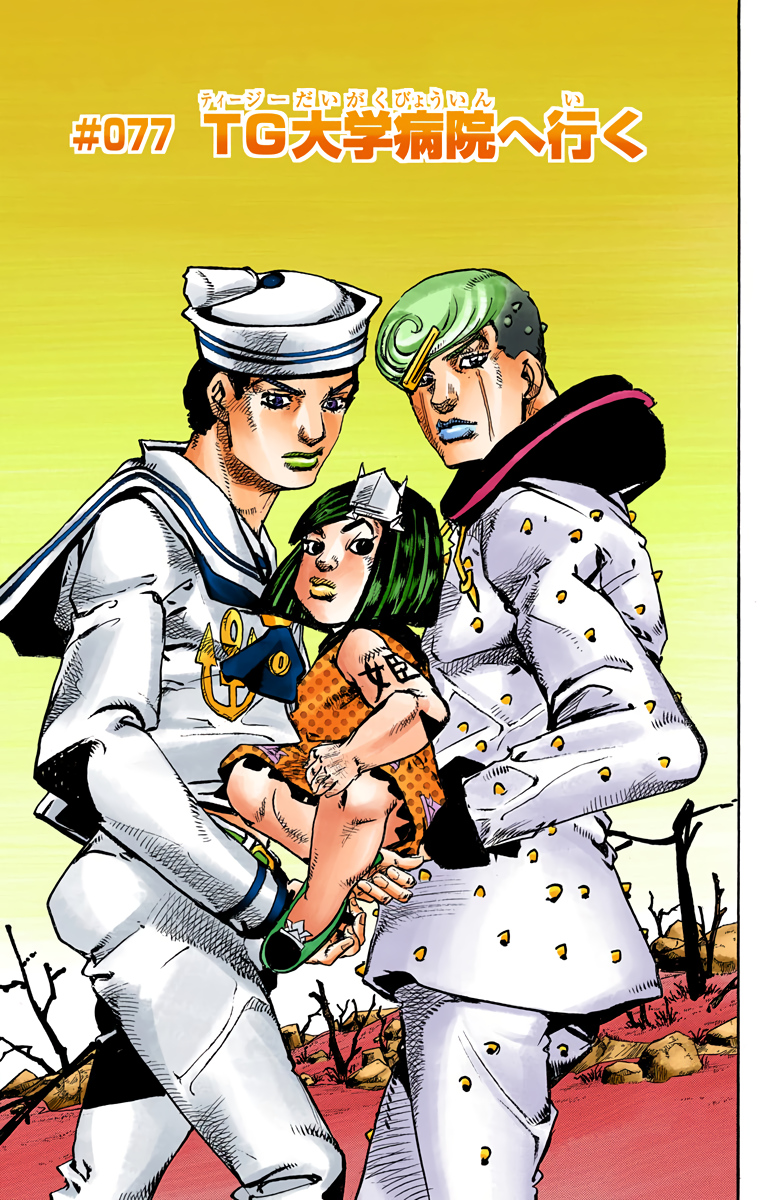 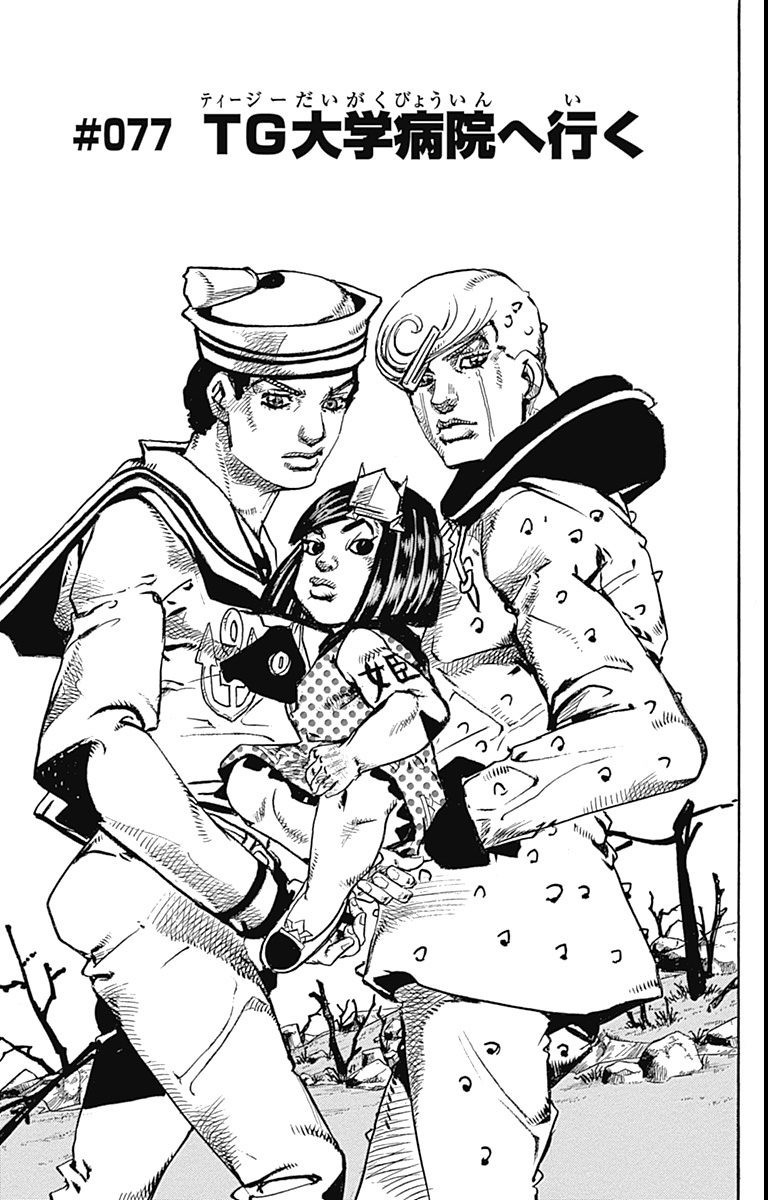 The chapter begins on Josuke detailing the Locacaca fruit, its origins, healing properties and how the wealthy such as local baseball star Atsunori Iwakiri use it as a miraculous cure. Additionally, Josuke mentions that he is a mix of Yoshikage Kira and Josefumi Kujo due to the Locacaca, having lost his memories as a result.

After the fire in the orchard has been extinguished, the Higashikata Family is gathering. Suspicious, Joshu accuses the unfamiliar Mamezuku of being the arsonist. However, Norisuke and then Josuke clarify the situation, explaining that Mamezuku is a plant appraiser working for Norisuke, and that the Higashikata House was attacked because of the Locacaca. The branch was stolen by an ambulance driver and his comrade, who Norisuke supposes are Rock Humans.

Meanwhile Tsurugi and Jobin listen nervously as they have stolen the branch for themselves, and Jobin tries to subtly mislead Josuke into focusing on the hospital. Mamezuku then declares that their time limit for finding the Locacaca is now 10 days before the fruit regrows, explaining to an incredulous Joshu how that feat is possible by grafting the branch to a potted cactus. Hato anxiously wonders what the family will do now that their ancestral orchard was burned down, to which Joshu begins to comically babble about converting their land into a "Matsutake Hunting Tour". Rambling about his idea, he is notified by a supportive Daiya that everyone has left.

Alone with Josuke, Mamezuku reveals to him that he knows that it wasn't Poor Tom nor the ambulance drivers who lit the orchard on fire, but that it was Jobin. Josuke finds this hard to believe, but Mamezuku assures him that Jobin's behavior gave it away. Thus, Mamezuku plans to investigate Jobin while he and Josuke also must deal with the two ambulance drivers, having the ambulance's license plate number as their only lead.

Meanwhile, Mitsuba Higashikata parks her car at the university hospital garage and heads to the elevator, selfishly closing the door before an old lady can enter it. In the doctor's office, she complains about a unilateral deafness on the right ear and breathing difficulties. The physician, obsessively eating nori as his lunch, examines Mitsuba and pulls her hair back to reveal that the right portion of her scalp has hardened into stone and is crumbling away. Nonetheless, he claims that she is in perfect health.

Mitsuba recalls how she first came for a breast lift operation, leading to a mysterious teeth disease that she also had treated at the hospital. Her doctor interrupts her to drink silicon-infused water, before assuaging her fears. Mitsuba says she has been keeping everything a secret from her husband Jobin, and he hasn't noticed anything wrong. However, she is worried about Tsurugi noticing and asking why her skin is like that. Mitsuba begs the doctor to make her look perfect, prompting him to make a phone call before claiming that he can give her a secret treatment just this once, for the hefty price of 200,000,000 yen. Finally, he makes it clear to the enticed Mitsuba that she is still healthy and that it is her decision to make.

In the hospital waiting room, Yasuho Hirose hears the news about the fire in the orchard of the Higashikata House. Having been notified by Josuke and Mamezuku, she is nonetheless worried about the stolen branch. Yasuho then suddenly winces due to menstrual pain. Just then, she notices Mitsuba crossing the hallway in a wheelchair with her ankles crumbling to the bone and her feet turned to stone. 10 days, 19 hours, and 6 minutes remain until the harvest of the Locacaca fruit.