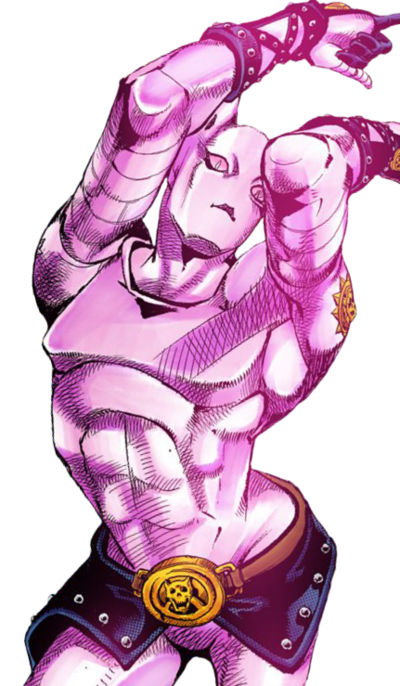 These bubbles were described as floating in the air as projectiles, but are shown to also form inside a person's skin or an object if Killer Queen physically strikes them, having the target locally inflate and explode.[2] The bubbles can presumably come from Kira’s hand. 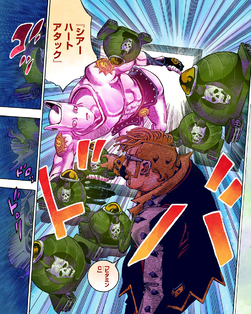 Killer Queen can summon several miniature, treaded bombs. Unlike the original Sheer Heart Attack, Kira can remotely control them with precision. Kira can also choose how voluminous the bombs are, able to make them small enough to travel through a person's bloodstream[3] or almost as large as someone's head.[4] The power of the blast is dependent on their size, demonstrated by Sheer Heart Attack's ability to clear a blood clot from a young Josefumi Kujo as well as explode an entire pier.[4] The Sheer Heart Attacks shown do not have spiked noses like their counterpart and resemble its beaten down form.