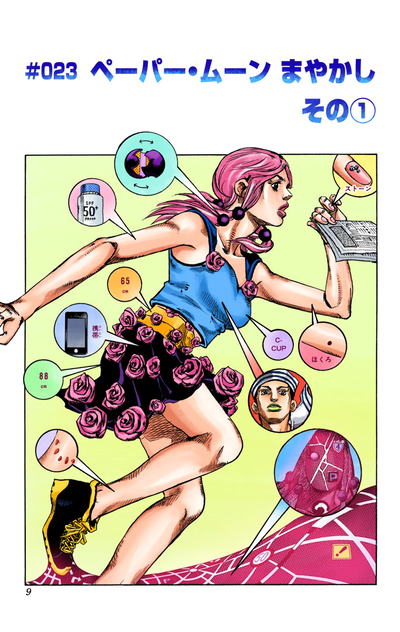 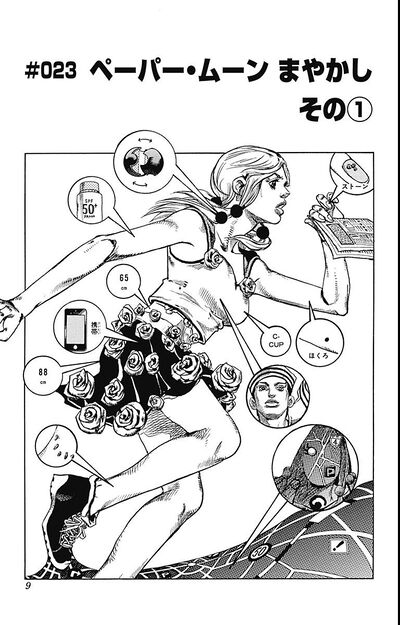 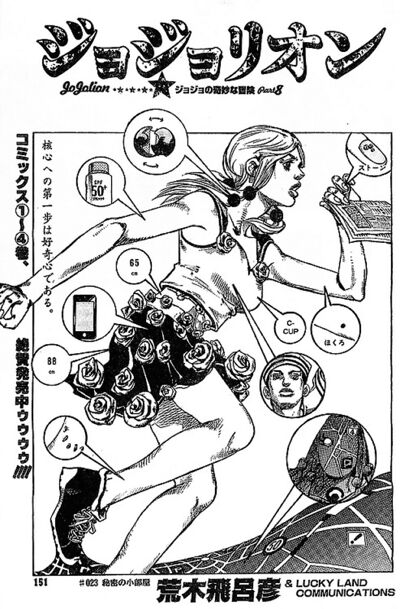 Yasuho finds herself with only one sneaker in the Higashikata Family's cellar directly below the Meditation Pine. The room is filled with several memorabilia dating back to Showa Era (~1937) and there she encounters Tsurugi Higashikata, who attempts to play a game with her using a somewhat profane paper fortune teller. Yasuho eventually realizes her phone is missing and grabs Tsurugi demanding where it is. It's at this point that she discovers that Tsurugi is actually a male after feeling his shoulders and quickly backs off. Tsurugi explains that the eldest son of each generation in the Higashikata family is raised as a girl until his twelfth birthday to ward off a curse, just as his father and grandfather did beforehand.

To aid Yasuho, Paisley Park summons itself and travels to Josuke's location, where it mysteriously persuades him to send her a text message. Yasuho's phone goes off and she traces the source of the noise from underneath the carpet. Tsurugi tries to stop Yasuho by grabbing her hand, but after breaking free, she finds the phone folded like a frog and it attacks her.

(Mentioned only)
Norisuke Higashikata I
Stands