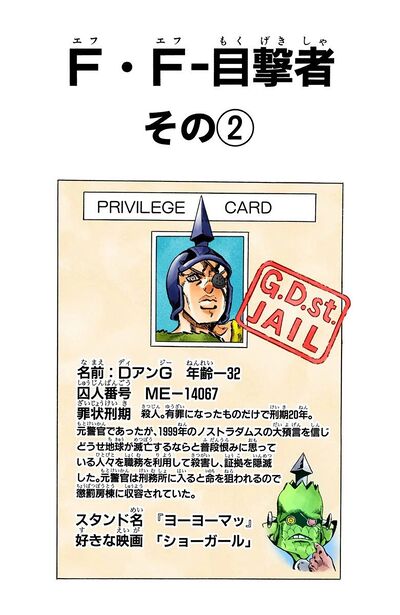 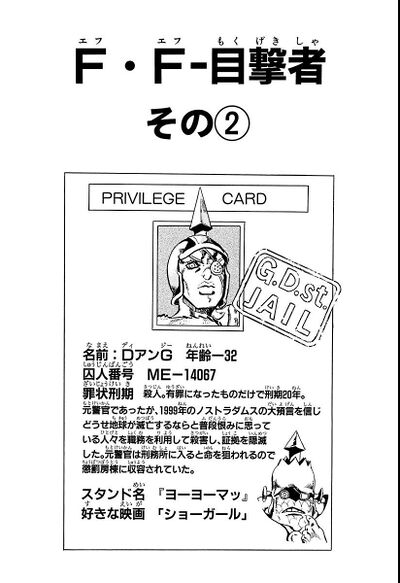 Meanwhile, Pucci exclaims that he wishes to get all the details of what happened from D an G excitedly. He finds and speaks to Guccio's corpse, inserting a disc into his head to make him play a symphony (specifically, the Hallelujah chorus from Handel's Messiah), much like a human stereo in celebration.