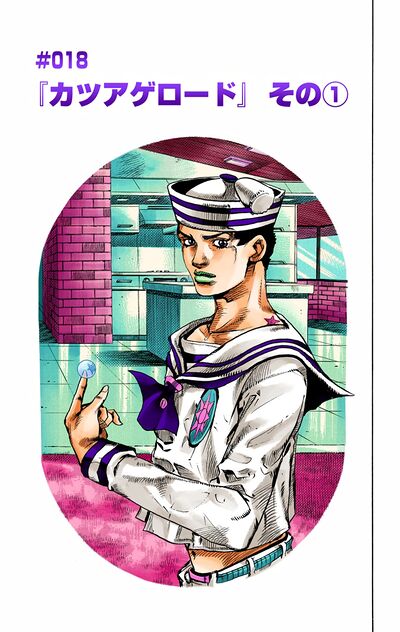 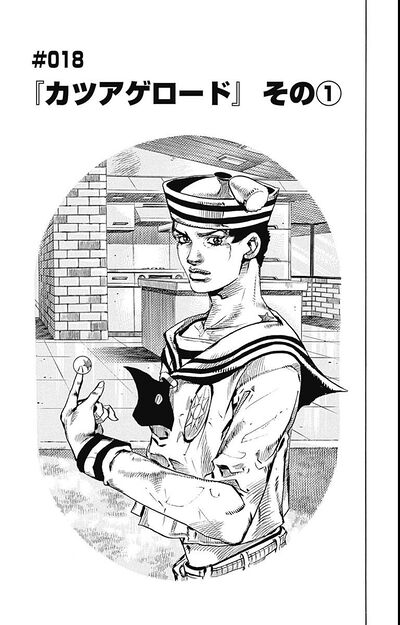 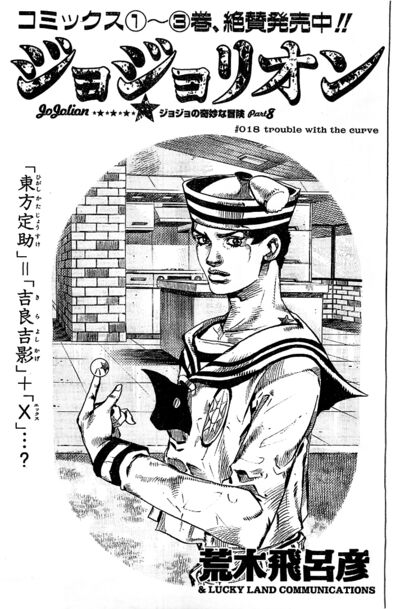 The chapter begins with Josuke thinking about the previous events; his double identity and the need to question Norisuke. When he sits at the table for a normal breakfast, he sees Hato come in a swimsuit, and later Daiya and Norisuke. After hugging Josuke, Daiya explains that the reason the family is wearing swimsuits to breakfast is due to having missed their flight to Hawaii.

Shortly after Norisuke drops them off, Joshu threatens Josuke about his relationship with Yasuho. Josuke has trouble understanding Joshu's foolish nature, but he questions whether or not he may be a Stand user. Joshu decides to test Josuke's intelligence using a math problem, which Josuke solves with ease. Joshu suggests that since Josuke is obviously not at a Middle School level, he travels to Hasekura High School down the road. This is different from Joshu's high school in S City, but he asks Josuke for a favor to help him handle some thugs that had robbed him before going down the road to Hasekura. After a short conversation, Josuke and Joshu travel down the street known as Shakedown Road.

On the way, Joshu spots a gang hanging around nearby and asks Josuke to help him get a picture of them committing a theft, in order to provide evidence to the police. A little girl begins to cry nearby and a woman walks up and starts interrogating Joshu. Joshu realizes that he had accidentally stepped on the woman's child's toy. Joshu attempts to apologize, but the woman begins loudly questioning Joshu's upbringing, causing a scene, which gathers the attention of others nearby. Joshu is forced to pay the woman for the damaged toy, and he and Josuke try to escape.

Author's Note
“
I'm going to put even more effort into drawing "JoJolion" this year than I did last year! Please look forward to it.
”
—Hirohiko Araki
“
今年も去年以上に、『ジョジョリオン』力入れて描きます！よろしくね。
”
—Hirohiko Araki