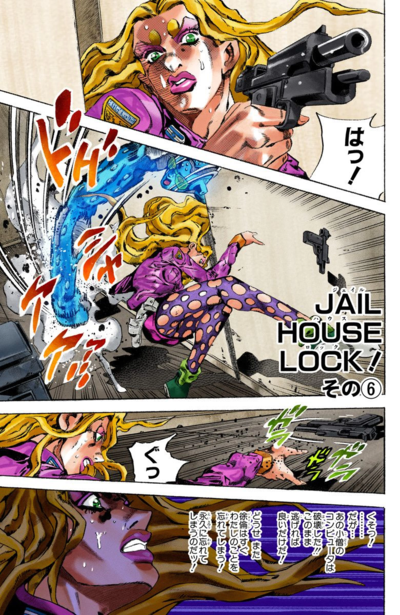 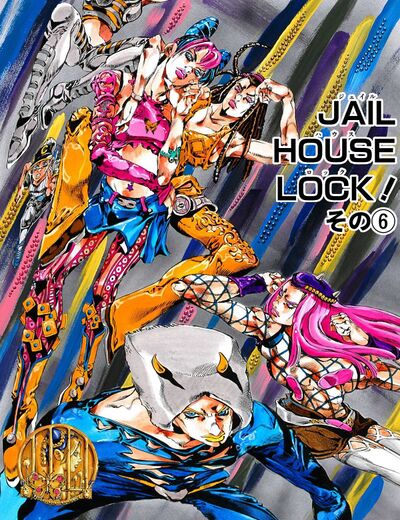 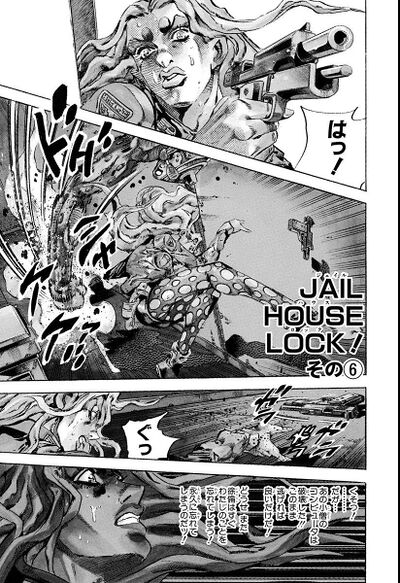 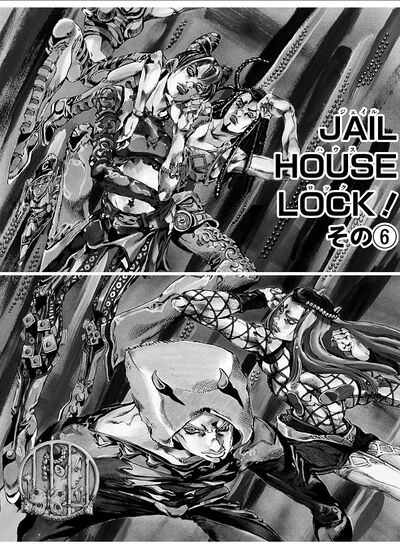 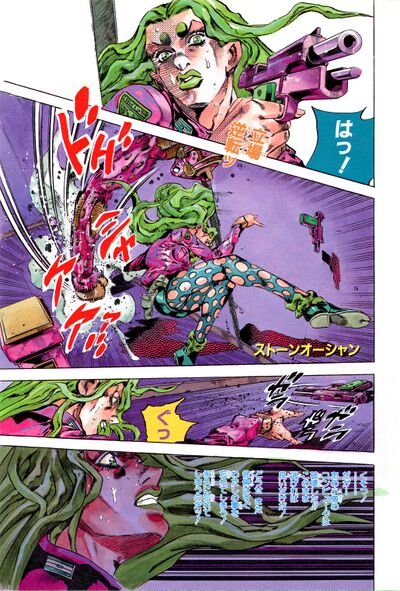 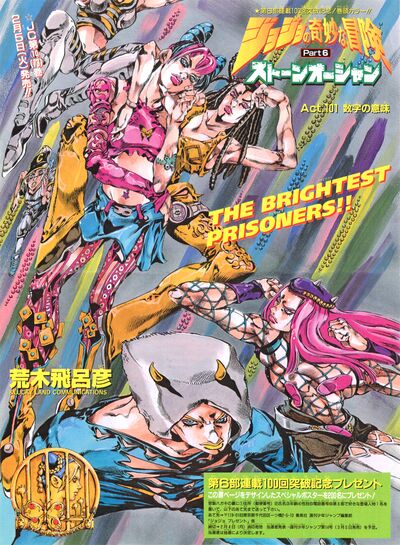 Emporio wakes up, not understanding why he's hurt. He remembers the printout, but doesn't know how to print it. Meanwhile, Jolyne faces off against Miuccia. Miuccia calls for guards while Jolyne is attacking her, and said guards spot her, realizing that Miuccia is being attacked. Miuccia punches Jolyne in the face, explaining that since there are more than three guards, Jolyne will be unable to remember her.

Emporio comes out of the wall, handing Jolyne a printout of binary code. He says that she can make a picture out of it with Stone Free. Stone Free successfully creates a picture of Miuccia, identifying her as the enemy. She then throws a flurry of punches at Miuccia and defeats her.