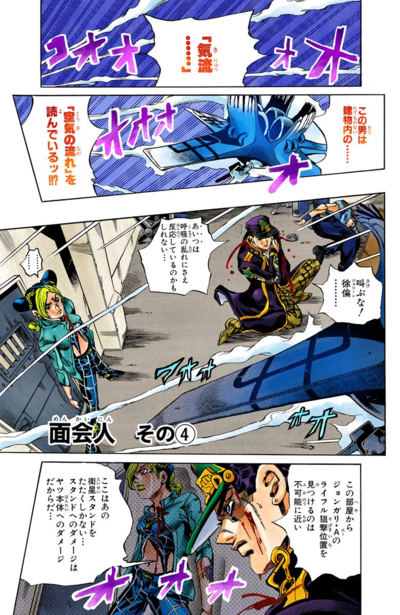 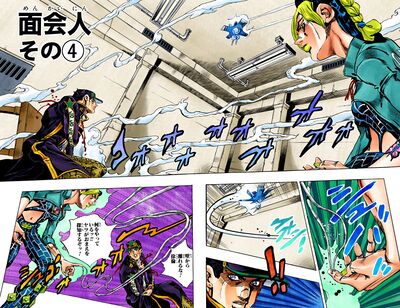 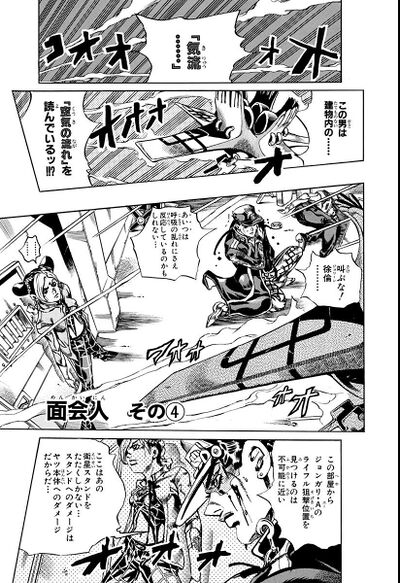 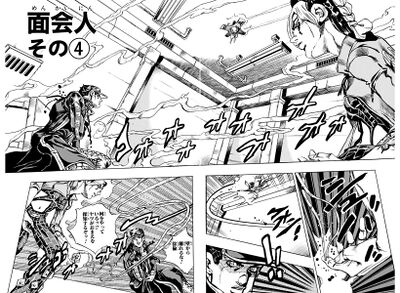 Jotaro and Jolyne remain still in order to avoid detection from Manhattan Transfer. Elsewhere in the prison, Johngalli A. prepares his next shot. With his ability of sensing movement through the flow of the air, he understands that he shot Jotaro through the shoulder and the guard through the head. However, he is unsure of how Jolyne survived a direct shot to the chest. He suspects that Jotaro may have used his time stopping ability. He swears his vengeance against the bloodline that robbed him of his "heart's support."

In the meeting room, Jolyne uses Stone Free's string to hold a lighter right below a smoke detector. The sprinklers activate, the water rushing down. It seems to prevent Manhattan Transfer from properly detecting the air currents, but Jotaro points out that the Stand avoids all the water drops with ease.

Before Johngalli A. can attack again, Emporio appears at the door to guide Jolyne. He tells her to kick the stone barrier underneath the pillar in the wall. She does so, revealing a passageway through the prison's sewers. Manhattan Transfer shifts its focus onto Emporio. Jotaro tries to get Jolyne to follow him through the path, but Jolyne goes to find and protect Emporio.