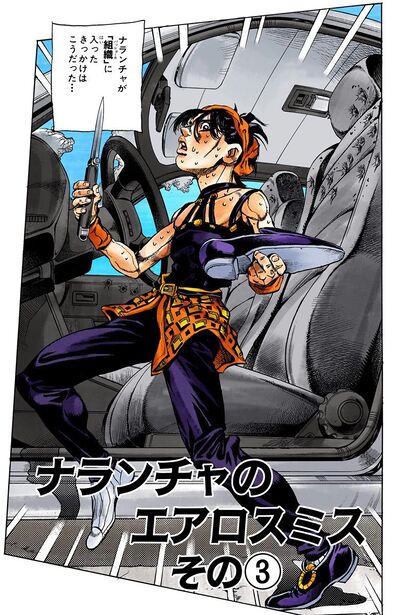 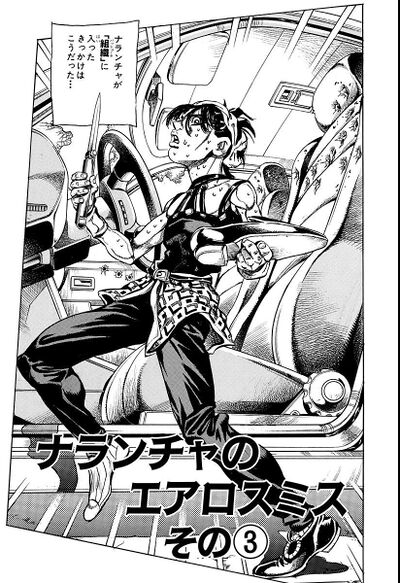 Narancia's Aerosmith, Part 3 (ナランチャのエアロスミス その③, Narancha no Earosumisu Sono 3), originally For My Friends! (仲間のために！, Nakama no Tame ni!) in the WSJ release, is the thirty-third chapter of Vento Aureo and the four hundred seventy-second chapter of the JoJo's Bizarre Adventure manga.