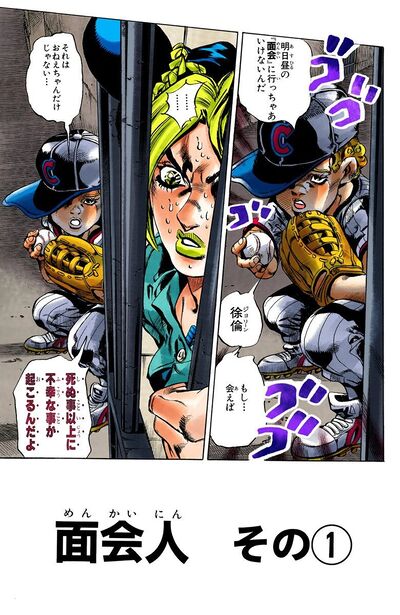 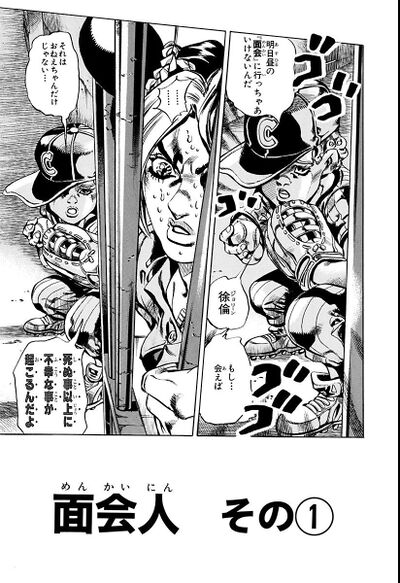 The Visitor, Part 1 (面会人 その①, Menkainin Sono 1), originally Who's Coming?! (誰が来るの!?, Dare ga Kuru no!?) in the WSJ release, is the eleventh chapter of Stone Ocean and the six hundred fifth chapter of the JoJo's Bizarre Adventure manga.