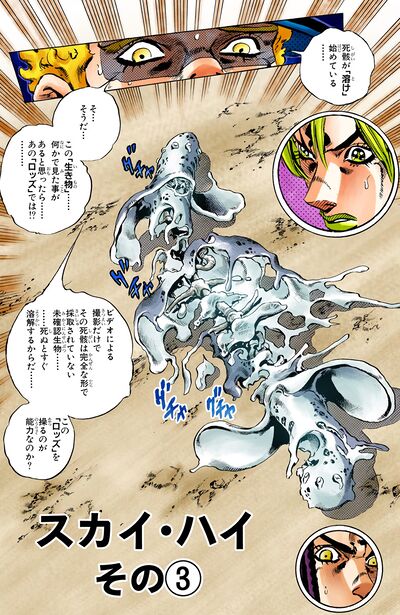 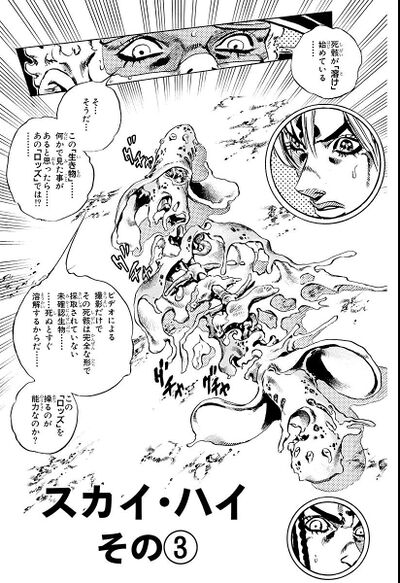 Sky High, Part 3 (スカイ・ハイ その③, Sukai Hai Sono 3), originally There They Are (あった, Atta) in the WSJ release, is the one hundred fourteenth chapter of Stone Ocean and the seven hundred eighth chapter of the JoJo's Bizarre Adventure manga.