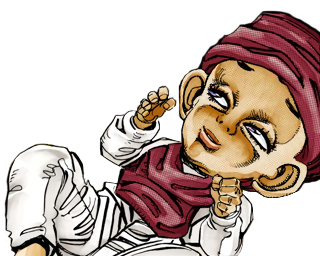 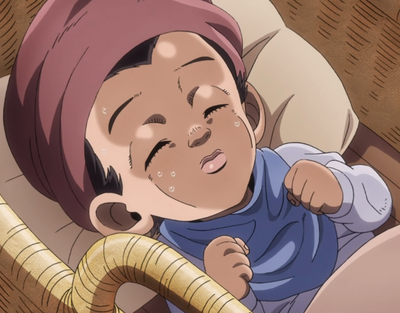 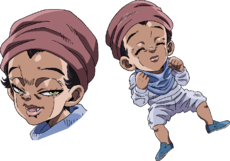 Sent by DIO to kill the Joestar Group, Mannish Boy manages to reach Yabrin at the same time as the heroes. He tries to assassinate Noriaki Kakyoin but only manages to kill a nearby dog caught in Death Thirteen's nightmare world before Kakyoin is woken up by Jean Pierre Polnareff. In the dream, Kakyoin's hand was cut by Death Thirteen's scythe and the wound carries over to the waking world. Meanwhile, Mannish Boy is found near a well and pretends to be sick. He is given to the care of the Joestar Group by a woman claiming that they need to bring him to a hospital. They reluctantly agree, without knowing the woman was actually scared of him and that the baby was a Stand user.

Jotaro, Joseph and Polnareff find themselves in Death Thirteen's nightmare world where he spends a few instants humiliating the heroes. However, he's then attacked by Kakyoin and his Hierophant, because falling asleep with one's Stand out allows one to utilize them in the nightmare. Hierophant Green strangles Death Thirteen but Mannish Boy sees that Kakyoin's going easy on him because he's a baby. By controlling his nightmare, he attempts to scythe Hierophant from behind but it has already infiltrated the inside of Death Thirteen. Mannish Boy is forced to heal Kakyoin's wounds and leave the others be.

Mannish Boy appears only in Story Mode cutscenes; placed before and after Kakyoin's fight with Death Thirteen. His Stand, Death Thirteen, appears in all versions as an NPC that can only be fought by the protagonists when certain conditions are met.

Mannish Boy appears in Diamond Records as an assist character in both the Action Battle and Tactical Battle game modes. He has one 'Solitary' type 4 star assist statue. Like all assist characters, when the active assists link together, his assist ability may provide extra effects (Action Battle mode only).
Moveset

(Assist Ability) Mannish Boy summons Death Thirteen to slash at opponents multiple times with its scythe. In Tactical Battle, this damages all opponents present on the stage. 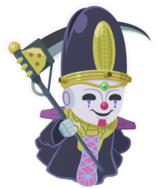