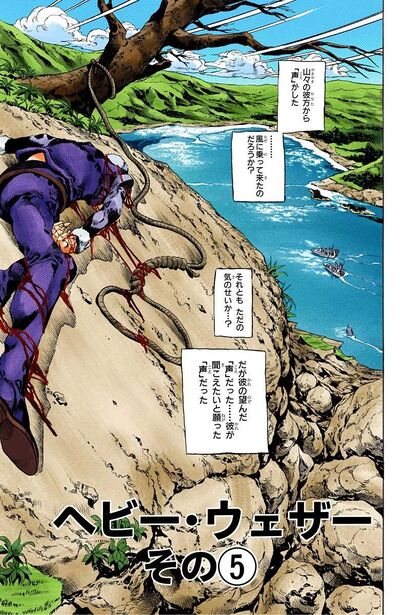 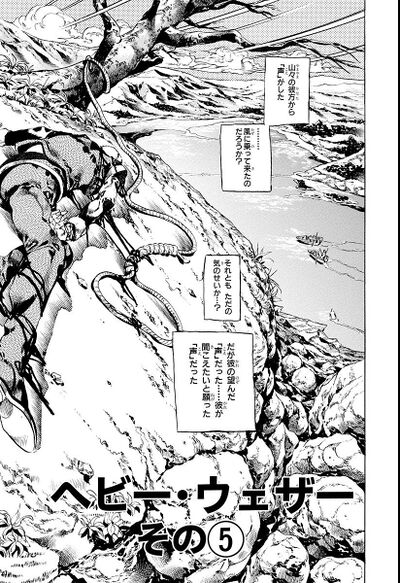 As Wes' noose broke, saving his life, Pucci saw his sister Perla being dragged out of the water by firefighters. Rushing to her side, his spirit in turmoil as the tragic story unfolded in front of his eye without knowing why or how, Pucci could only mourn the loss of his sister. However, he somehow heard the voice of DIO, reminding him of "gravity". Enrico then suddenly wished to see DIO again. From Perla a memory disc appeared while the Arrow Enrico had been keeping but forgot about sprung forward and pierced his throat. Enrico then acquired Whitesnake to preserve the memory of Perla, and Wes also acquired a Stand.

Later, Wes went to the private eye's office to assassinate him as revenge. He then tried to kill himself, having nothing to tie him to the world, but his Stand Weather Report always prevented him from dying. Wes was then only filled with rage against everything. An outbreak of snails plagued the city in which Pucci and Wes lived, prompting Pucci to confront Wes. While Wes blamed everything on Pucci, the latter calmly revealed that they were siblings, and used Wes' instant of confusion to steal his memory and seal Heavy Weather. Pucci then departed to meet with DIO.