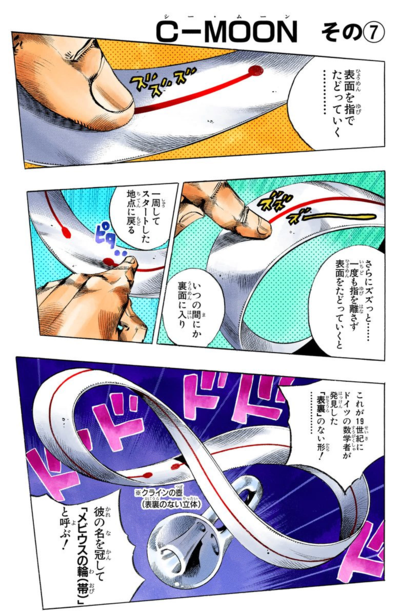 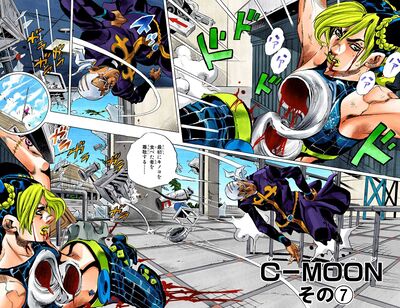 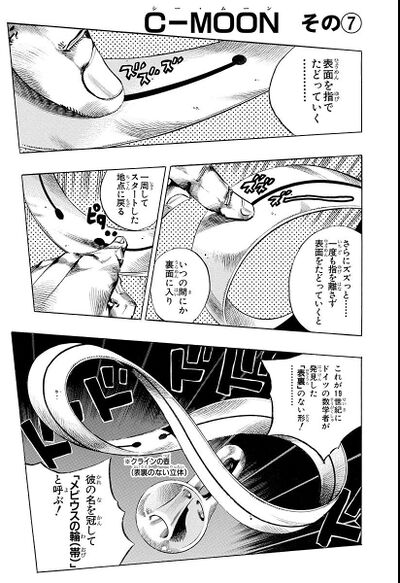 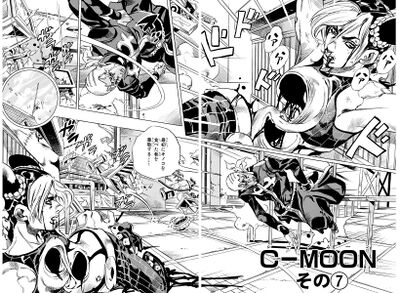 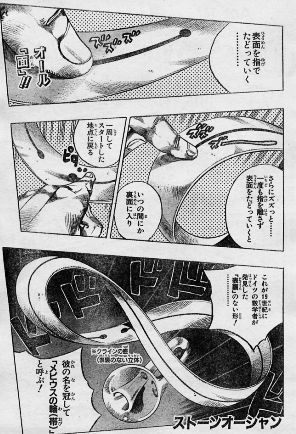 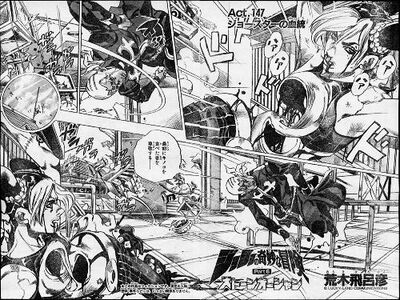 C-Moon, Part 7 ( その⑦, Shī Mūn Sono 7), originally The Joestar Bloodline (ジョースターの血統, Jōsutā no Kettō) in the WSJ release, is the one hundred forty-seventh chapter of Stone Ocean and the seven hundred forty-first chapter of the JoJo's Bizarre Adventure manga.

The properties of the Möbius strip, an object with one surface, no inside or outside to speak of, are explained.

Jolyne and Pucci face off against each other, Pucci deciding to aim for the head, as even Jolyne can't transform her brain into strings. C-Moon and Stone Free exchange blows briefly, Jolyne having to transform any part C-Moon grazes into a Möbius strip, but managing to land several kicks. Meanwhile, Pucci keeps somersaulting from the ground to the walls, waiting for an opportunity. A dead security guard finally crashes near Pucci, who uses his gun to shoot at the immobilized Jolyne.

Suddenly time stops, and Jolyne disappears. Star Platinum punches Pucci, sending him into a door frame. Ermes and Jotaro make their appearance, explaining that the Speedwagon Foundation used a propelled spear as an anchor while Ermes and Jotaro used Kiss to make a double of the spear go toward the original, bypassing the gravity.

Surrounded, heavily wounded and stuck in the frame, Pucci realizes that he doesn't need the location or time, but only to simulate the gravitational conditions necessary to evolve further. He begins to float by himself, Pucci is now closer than ever to his goal.