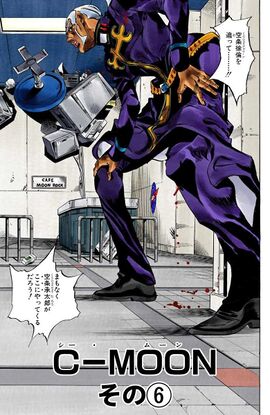 C-Moon, Part 6 ( その⑥, Shī Mūn Sono 6), originally The Form of a Heart (胸の形, Mune no Katachi) in the WSJ release, is the one hundred forty-sixth chapter of Stone Ocean and the seven hundred fortieth chapter of the JoJo's Bizarre Adventure manga.