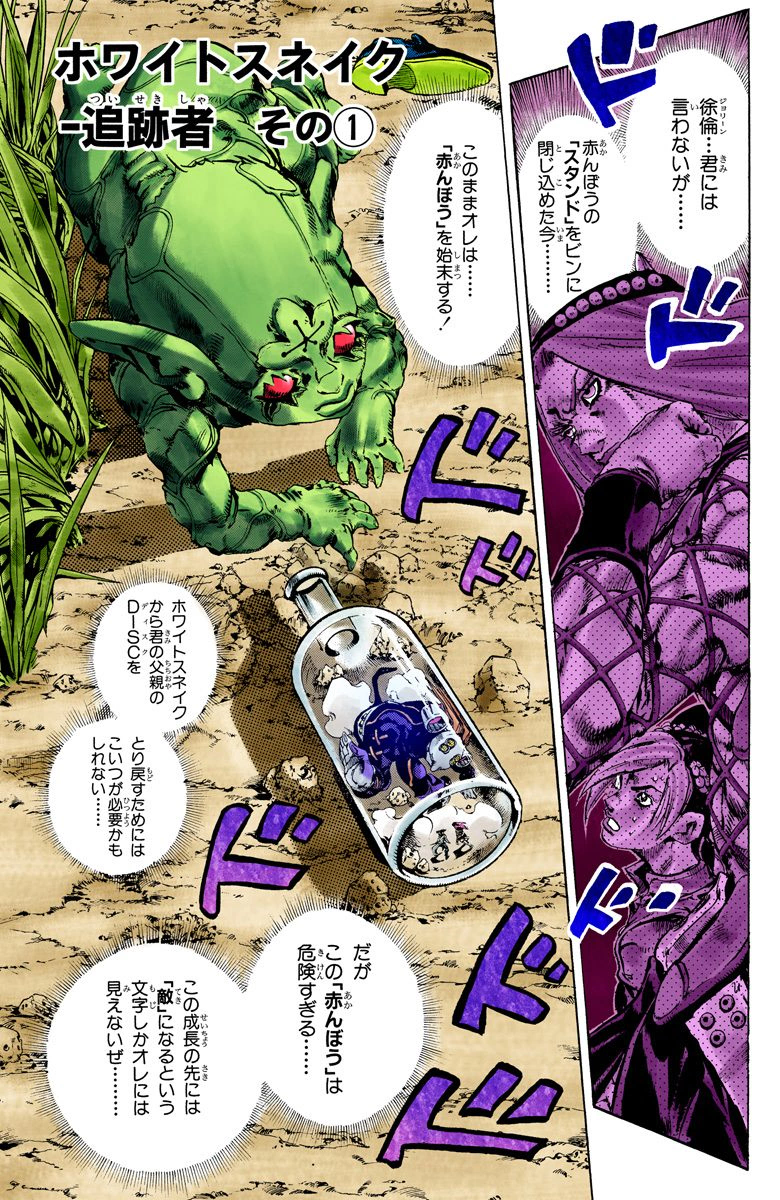 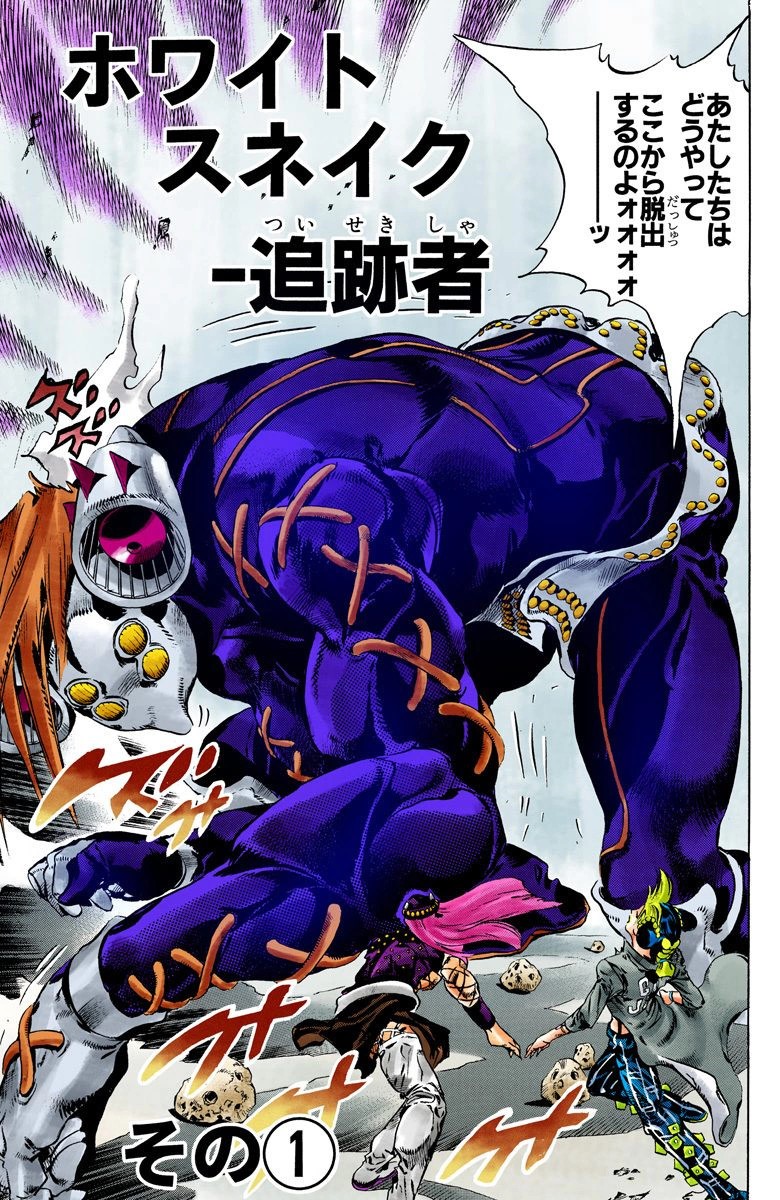 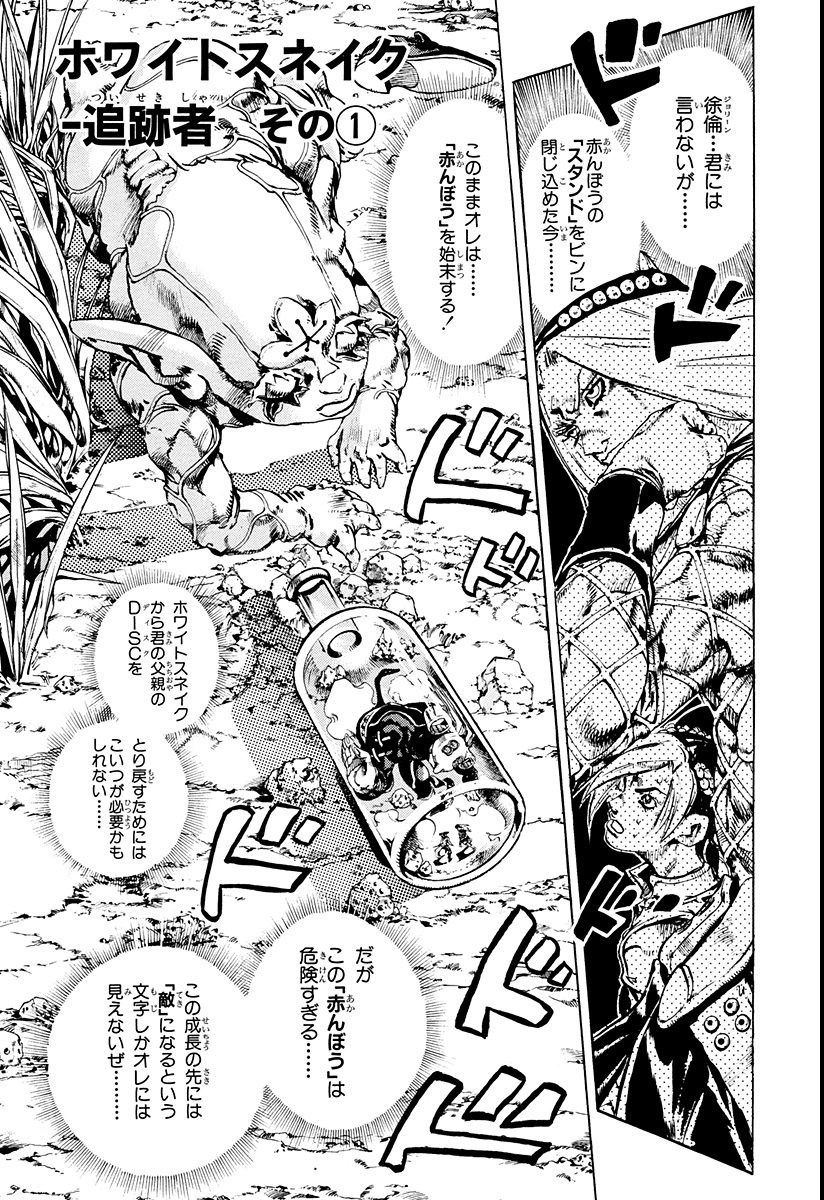 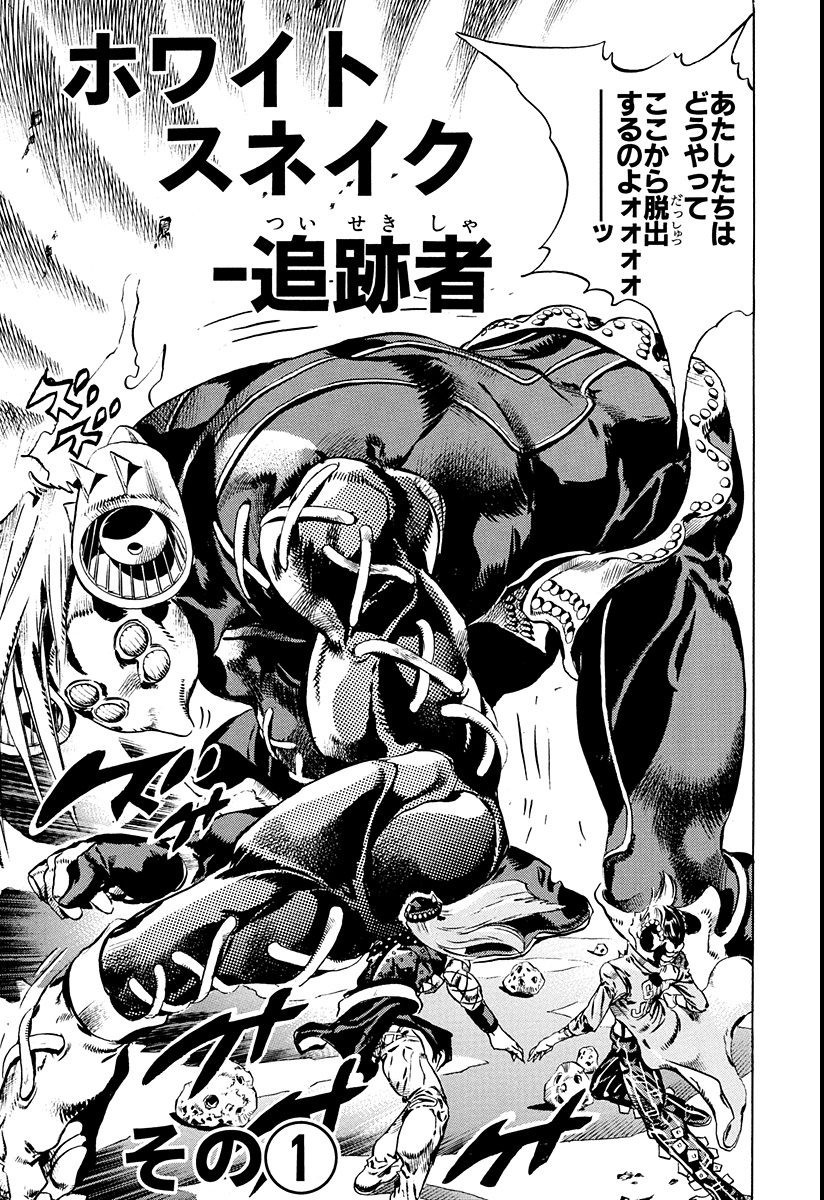 Anasui declares that he will kill the baby, saying that he can only ever see it as an enemy and sense evil inside of it. Jolyne asks how they're supposed to get out, since they are also inside of the bottle with the baby's Stand. Anasui explains that he phased Diver Down into the bottle, and that it will bring the entrance to them. They both run out of the neck of the bottle.

The Stand tries to grab them as they tumble out, but can't quite reach them. Anasui puts the cap on the bottle, capturing the Stand. As the Stand begins to roll the bottle, Anasui orders Jolyne to stay in front, or else they will die. The bottle rolls Anasui over, beginning to crush him. He demands Jolyne not to destroy the bottle, as fighting the Stand outside it is much worse. Suddenly, the Green Baby pokes Jolyne's head, and they turn back to normal size. The baby crawls up Jolyne and points at the star on Jolyne's back, intrigued. Anasui, however, is too paranoid that it's an enemy.