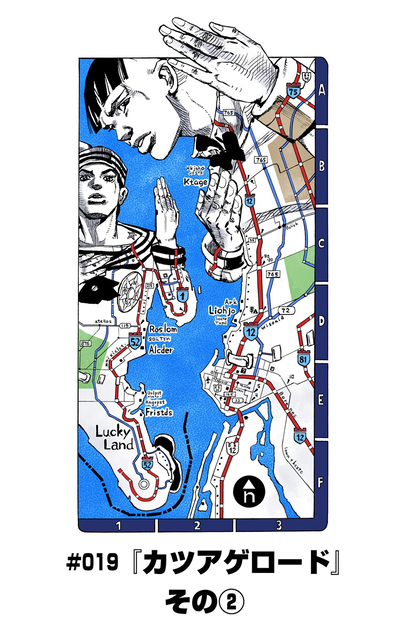 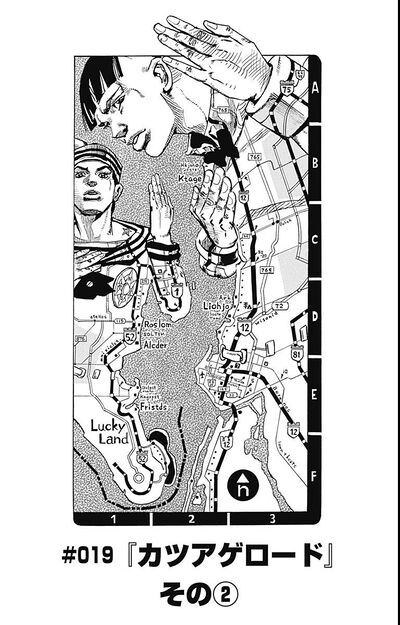 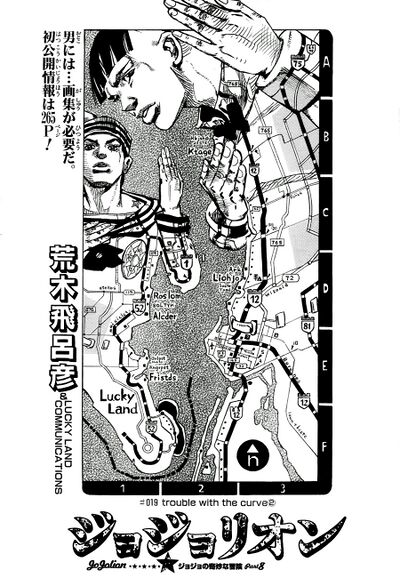 "Shakedown Road", Part 2 (『カツアゲロード』 その②, "Katsuage Rōdo" Sono 2), originally Trouble with the Curve, Part 2 (trouble with the curve ②) in the UJ release, is the nineteenth chapter of JoJolion and the eight hundred sixty-sixth chapter of the JoJo's Bizarre Adventure manga.

The two walk off and discuss what had happened. Josuke asks Joshu to borrow his cell phone and films himself. Suddenly, a group of gangsters walk up and accuse Josuke of some wrongdoing. Josuke watches the footage on his phone and notices that he somehow flew backward and elbowed one of the gangster's causing him to drop his phone into a puddle. Once again, Josuke and Joshu are confused as to how this happened. The gangsters explain that on "Shakedown Road", money is extorted as an unspoken rule. As recompense for breaking their phone, they ask for Josuke and Joshu to pick up a package under a nearby flowerpot and deliver it to a woman at a bridge nearby. Two guys are near the woman, wearing black suits.