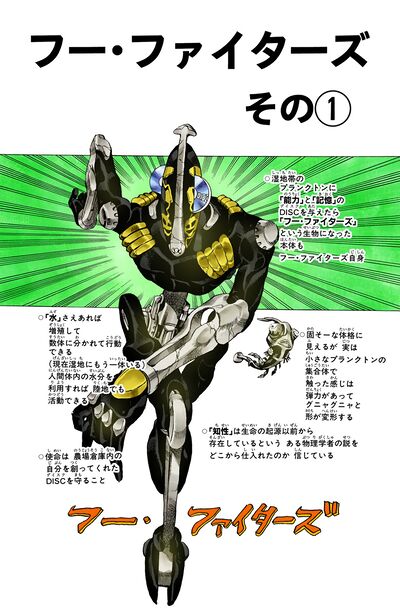 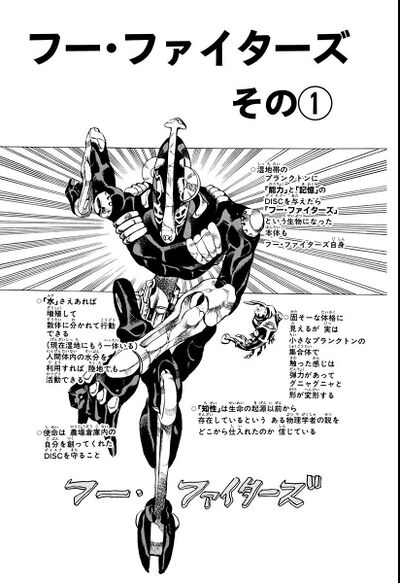 Foo Fighters runs to the barn in order to hide the Discs, while its double tries to pull away the guard in order to cause Jolyne and Ermes' bracelets to explode. Jolyne tells Ermes to handle the double while she runs to the barn. Ermes charges the doppelganger with Kiss. By making a duplicate of her arm, Ermes is able to grab the guard and run towards the barn. The double splashes water on Ermes, allowing it to move onto her.

Jolyne's bracelet begins to beep louder as she gets farther from Ermes. The double pins Ermes to the ground. Fully realizing that the double needs water to move, Ermes grabs one of the other inmate's corpse. By applying and removing a sticker, the body bursts into dust. The dust dries out F.F.'s double, allowing Ermes to break free and continue running towards the barn. Inside the barn, Jolyne finds F.F. holding the tire filled with discs.