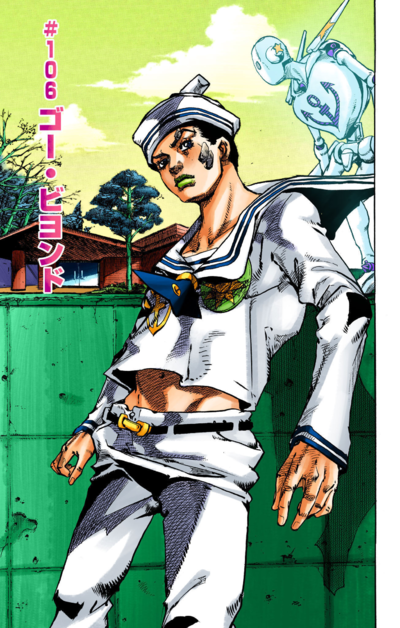 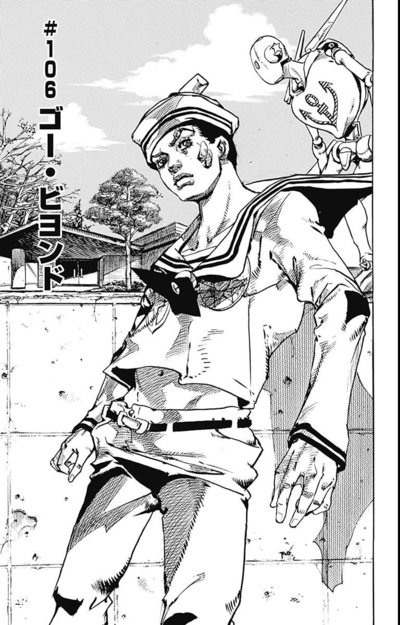 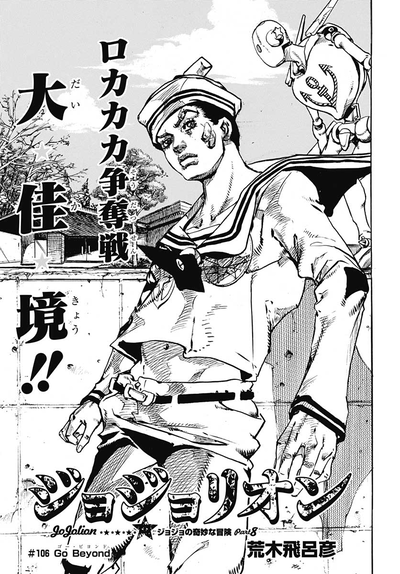 At the Higashikata House, Soft & Wet's invisible bubble is coming out of Joshu's phone and flies right into Toru's side. Toru barely registers something coming at him but then realizes that the bubble is piercing his stomach, creating a gaping bleeding wound. Shocked, Toru gets sent flying by the blow. Meanwhile, Yasuho barely avoids the slide panel coming at her, which crashes into the house and lands in the living room, causing major damage. Mitsuba, Tsurugi, Hato and Daiya are all caught in the shockwave. Realizing that she's escaped the calamity, Yasuho calls Josuke again, but he is still covered and immobilized by Obladi Oblada.

At the hospital, the nurses see Satoru Akefu walking out of the elevator and bleeding. The nurses try to help him, but they crash into their tray cart while Akefu tries to escape and goes down the stairs. Immobilized, Josuke decides to push the elevator button to go to the first floor. Josuke then explains to Yasuho what just happened with his invisible spinning bubble. More importantly, he needs Yasuho to aim the bubble for him via Paisley Park and wants to shoot another bubble at Toru to finish him off before he gets away. However, Toru stands up and ominously begins to approach her. Yasuho sees the New Locacaca in his mouth and understands that Toru wants to attempt an equivalent exchange with her to heal his wounds.

Toru sprints towards Yasuho. Joshu then tries to intervene and summons Nut King Call to punch him, but the rain gutter above him breaks and smashes against his head, pushing him out of the way. As Toru corners Yasuho, Josuke has managed to reach the shower room and dives into a pool, drowning Obladi Oblada and washing the corpses of the Rock Insects away. He is now free to summon his bubbles. Just as Toru grabs Yasuho and is about to perform an equivalent exchange, another bubble comes out of the phone and pierces Toru's chest, then neck. The bubble spins inside his body, resulting in a shockwave that sends him flying into the back of the garage. Despite his grave wounds, Toru tries to crawl inside the garage. Yasuho and Toru both then notice Kaato Higashikata standing before them, teary-eyed.