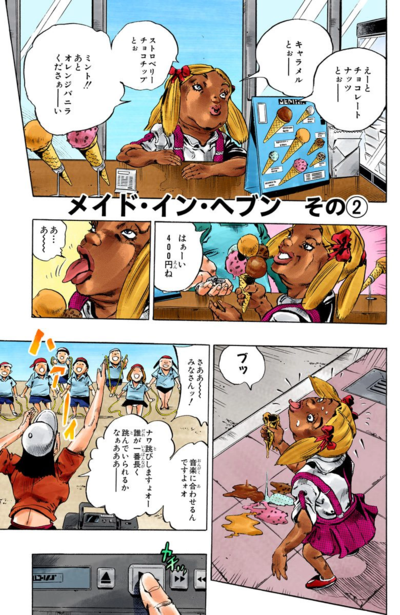 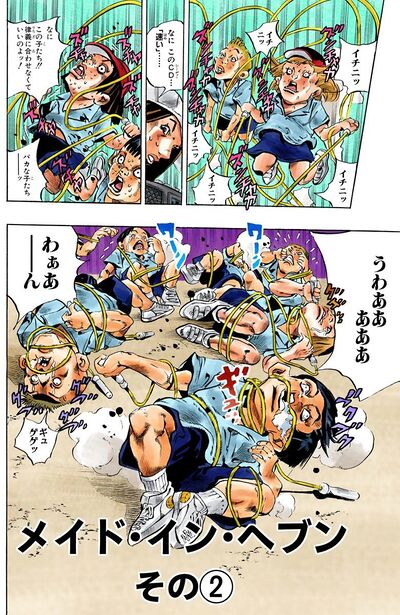 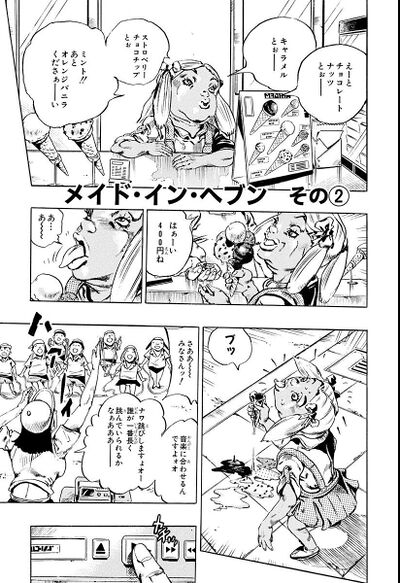 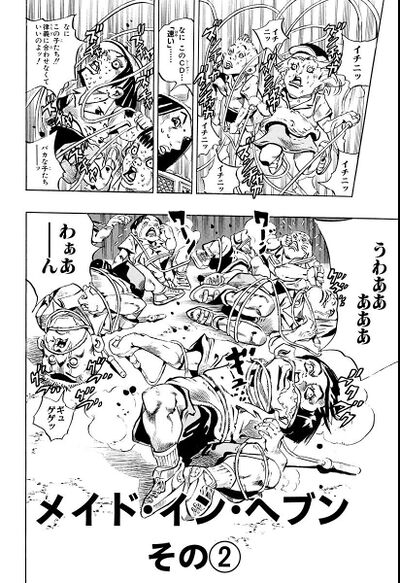 Made in Heaven, Part 2 (メイド・イン・ヘブン その②, Meido In Hebun Sono 2), originally Wilting (シュンッ, Shun) in the WSJ release, is the one hundred fiftieth chapter of Stone Ocean and the seven hundred forty-fourth chapter of the JoJo's Bizarre Adventure manga.

Jolyne, Jotaro, Ermes, Anasui and Emporio notice that time itself is accelerating, leaving humans lagging behind at a normal speed. Night sets in, and Jotaro notices a shadow creeping around the group. While everyone decides to move away from the open space, Jotaro stops time with Star Platinum, managing to see the new Stand briefly. To Jotaro's dismay, time resumes before he could act. Anasui and the others pull Jotaro up a roof, and Anasui uses this moment to stupidly ask permission to marry Jolyne from her father.