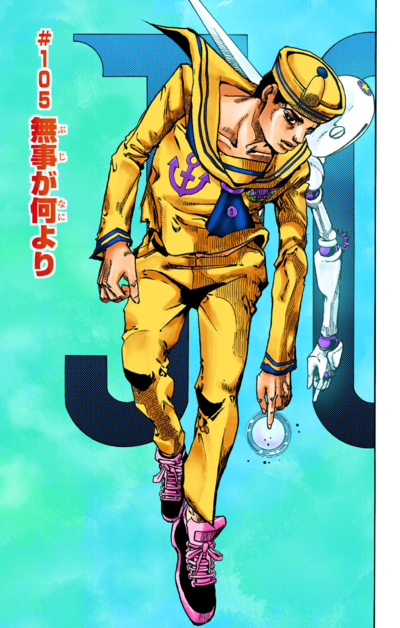 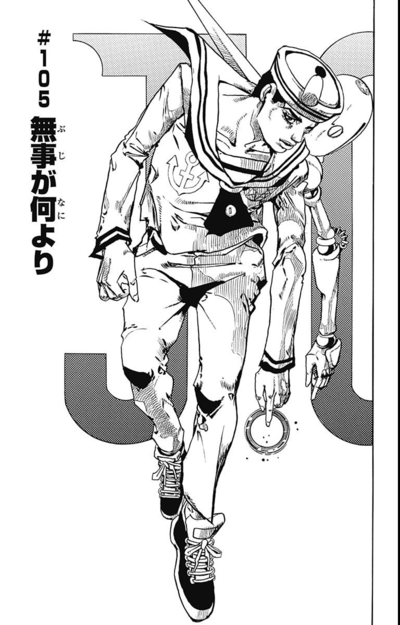 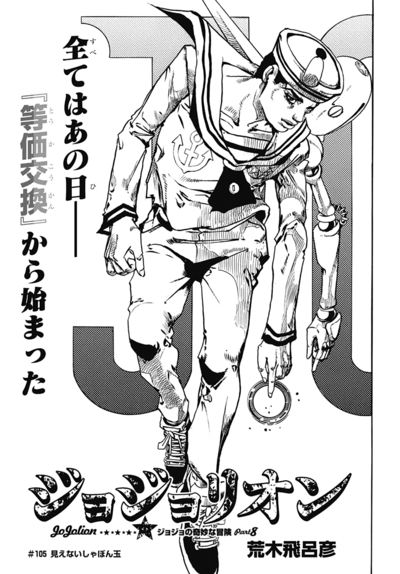 At the Higashikata House, Yasuho nervously watches the slide panel falling towards her, while Toru walks away and Joshu Higashikata promises to protect her somehow. At the hospital, Josuke tells Yasuho to recall Paisley Park so that she can protect herself from the calamity, but instead, she chooses to hack into the elevator and opens the door so that Josuke can attack again. Standing up, Josuke finds himself at point-blank range and prepares to shoot a bubble right at Wonder of U's face. However, one of the Obladi Oblada detaches itself from Josuke's hand and gets in the way, deflecting the shot away from Wonder of U. Overwhelmed, Josuke collapses on the ground. At the same time, the panel has almost reached Yasuho. However, Paisley Park then transfers itself back to Yasuho via the mobile phone nearby. Suddenly, from Yasuho's phone comes the mysterious bubble, which flies towards Toru.