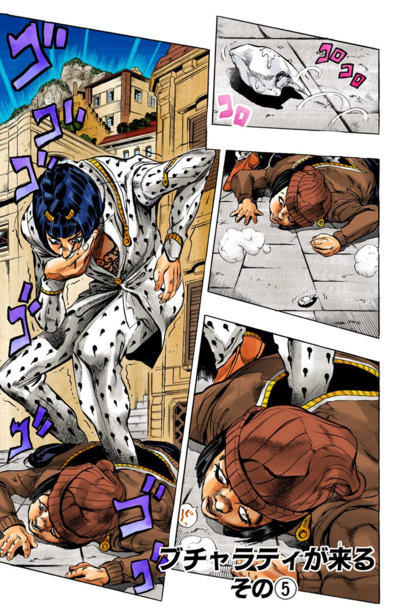 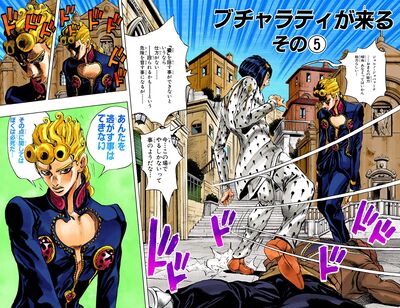 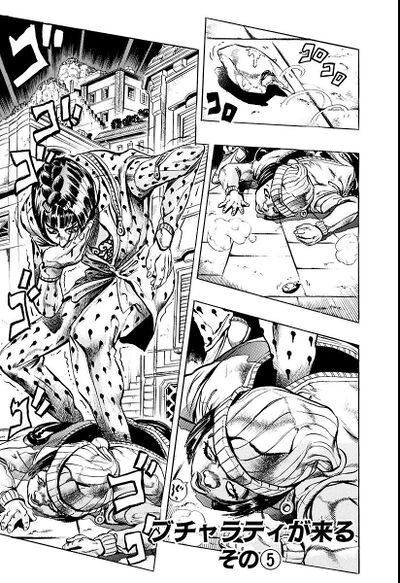 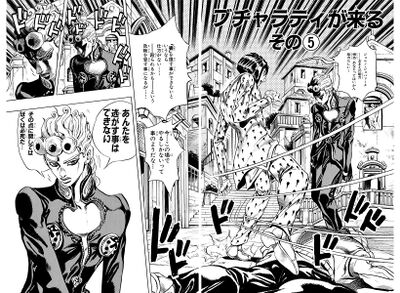 It's later revealed that the person he hid in is a thirteen-year-old student that does drugs (as seen by the marks on his arm). Bucciarati felt he had beaten Giorno by now, but he tears off his own arm and calls upon his Stand, Gold Experience. Giorno attacks him, but he "misses", which causes Bucciarati to be surprised, since he was bracing himself for the impending attack.

He asks why he hesitated, and he replies that Bucciarati is a good person at heart. Giorno also adds that he hesitated because Bucciarati had hesitated earlier. Bucciarati states that even if Giorno is right, he'd still kill him, as he was ordered to do so. Giorno argues against this, saying that Bucciarati will become his ally. Giorno goes on to say that he plans to defeat Bucciarati's boss and take over the city because he wants to get rid of the gangsters that sell drugs to children.