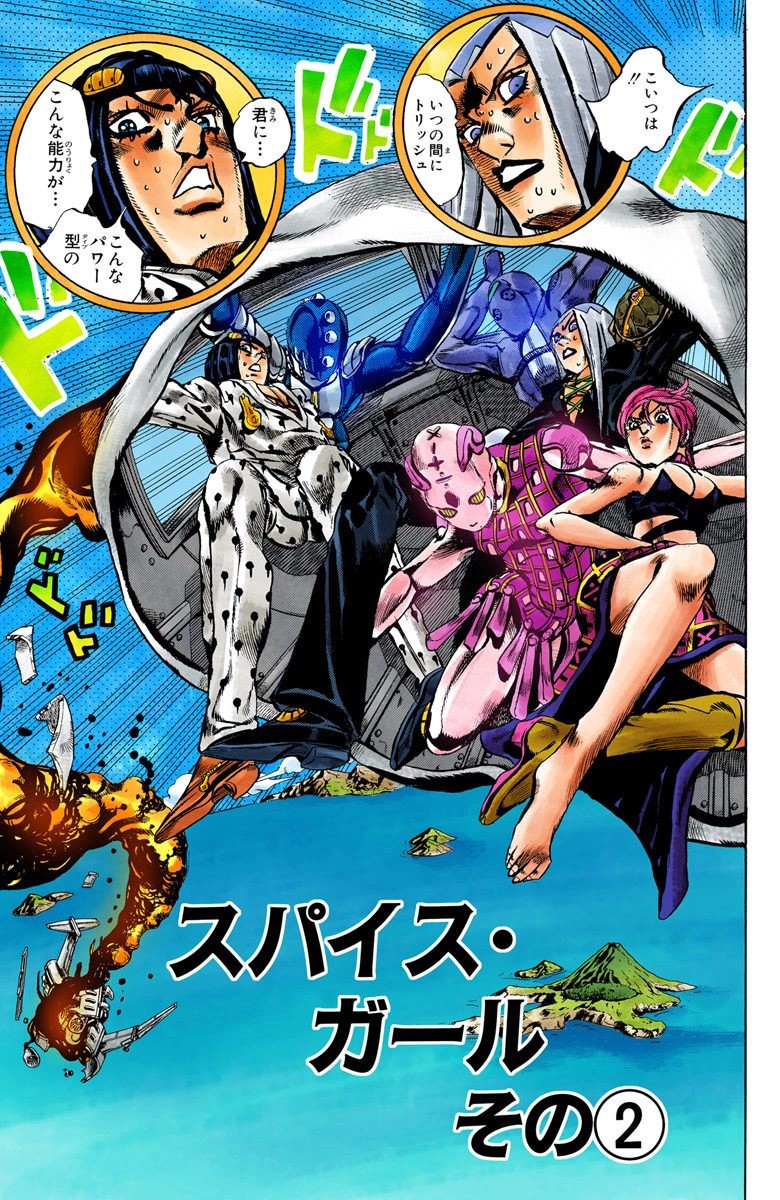 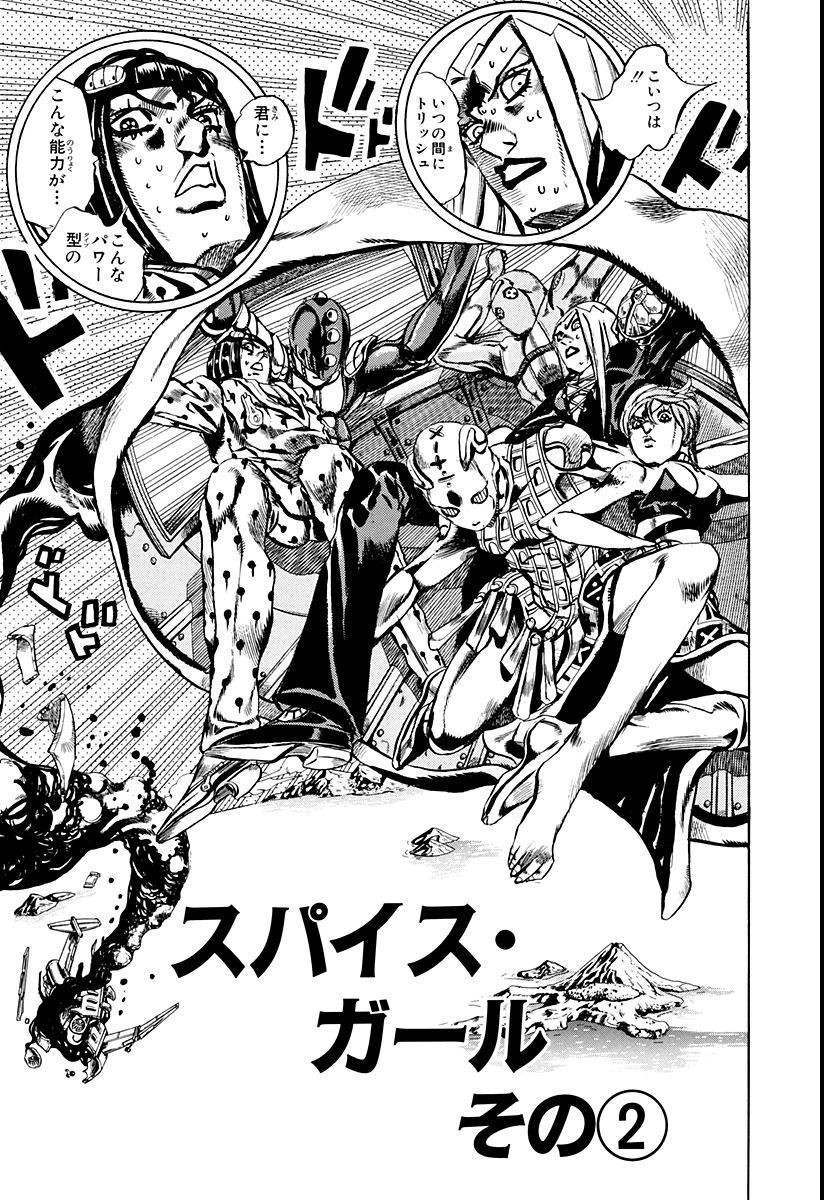 Bucciarati and Abbacchio are bewildered by Trish's evolution as the party falls toward the ocean. Bucciarati notices that some of Notorious B.I.G clung to Abbacchio's hair, prompting him to punch it with Sticky Fingers.

Trish has Spice Girl cut off its arm, and reassures everyone by showing Giorno's hand. News of the plane crash spread, and Notorious B.I.G remains forever as a legend said to target motorboat in the sea.

Meanwhile, the Boss has set up in a motel room, and has gathered every intel he had about Trish; in a photo of Donatella's chamber, he sees another photo, which he took in La Costa Esmeralda beach. Sensing that his daughter is still alive and will eventually lead them here, so that Moody Blues can recreate his face, the Boss decides to personally deal with that. Just then, a cleaning maid comes in, and King Crimson erases time to allow the Boss to clean up his work station and leave. The room is left in a clean state as a result, save for a picture of Giorno sitting on the window that soon flies away in the wind.