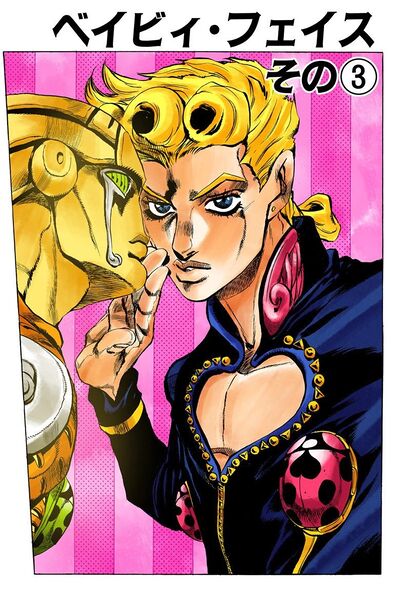 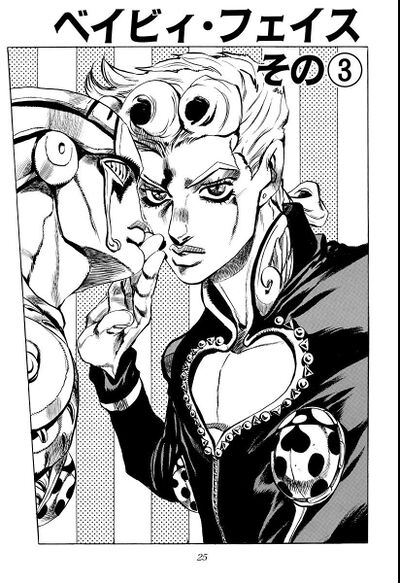 Giorno solves that problem, using Gold Experience to transform several cars into small animals thus delaying their enemies' search. The group, save Giorno and the turtle remaining behind, go steal a car. In the turtle, Trish wants to go to the toilet, but Bucciarati deems that dangerous and opens a zipper on the ground, averting his gaze.

After Giorno informs him that the group has found a car, Bucciarati sees that Trish has disappeared while Giorno notices Melone's motorcycle. He sees Trish's arm in a cabinet, and opening it, notices she has been diced into cubes. After touching her, he also starts to be decomposed into cubes. Baby Face then informs Melone that he got Trish but that Giorno is blocking the exit, prompting Melone to order Baby Face to kill the teenager.