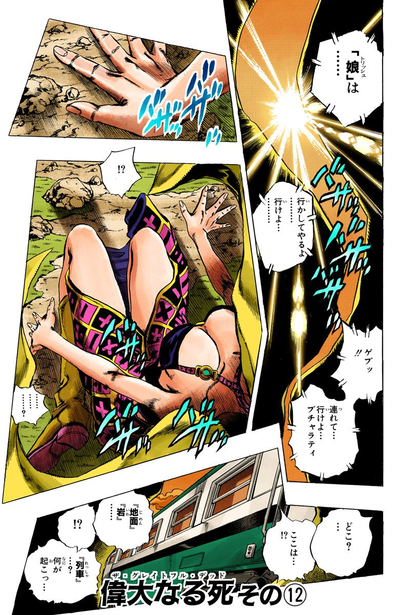 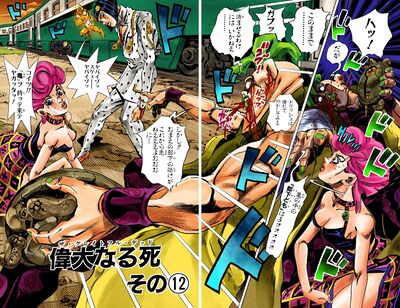 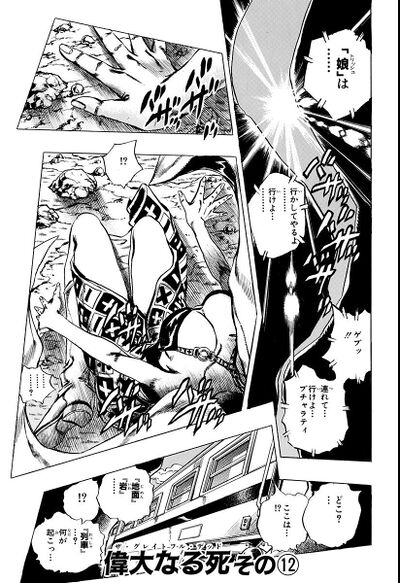 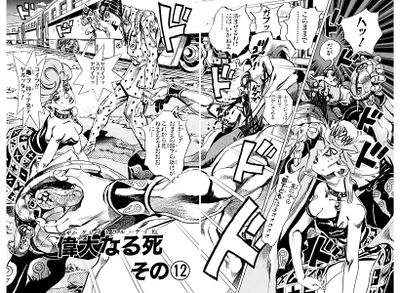 Outside the train, Pesci reveals that he has the turtle, and frees Trish from it. Pesci tells Bucciarati that he will give him Trish, but kill the rest of the gang. Bucciarati quickly attacks with Sticky Fingers, but Pesci flees into the turtle.

With the aging effect yet to wear off, Pesci is easily able to wrap Beach Boy's line around the other gang members' necks. Bucciarati seems too far away to retaliate. However by extending his arm with a zipper Sticky Fingers is able to grab Pesci, and pull him out of the turtle. Pesci is then hit with a flurry of punches, and killed. Prosciutto finally dies as well, causing the aging to stop. The gang members inside the turtle wake up, unaware of the deadly battle that just occurred.

Bucciarati realizes that the enemy knows about Coco Jumbo, and that they will have to find a new form of transportation. As he points this out, Trish asks about the weird things she's been seeing, revealing herself to be a Stand user.