From JoJo's Bizarre Encyclopedia - JoJo Wiki
(Redirected from Pronto! On the Line)
Jump to navigation Jump to search 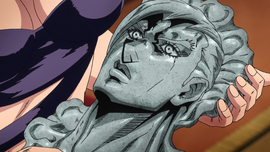 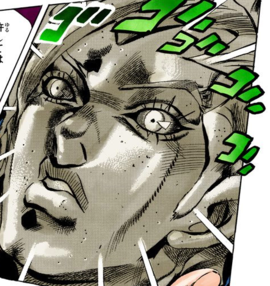 Pronto! On the Line (！通話中, Moshimoshi! Tsūwachū) is the twentieth story arc in Vento Aureo.

The gang investigates the Boss without success, but their investigation is noticed by a third party, who contacts them and propose to meet in Rome to be given an Arrow, the artifact hiding a power that can potentially defeat King Crimson's time erasure. The gang also learns of the Boss' name: Diavolo.

Having arrived to the coast of Italy, the gang discovers they are attacked by a strange mold.