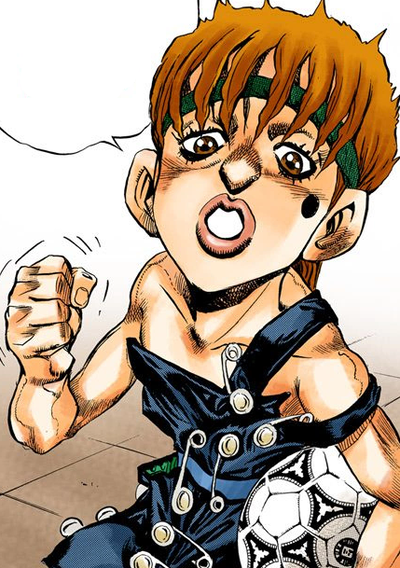 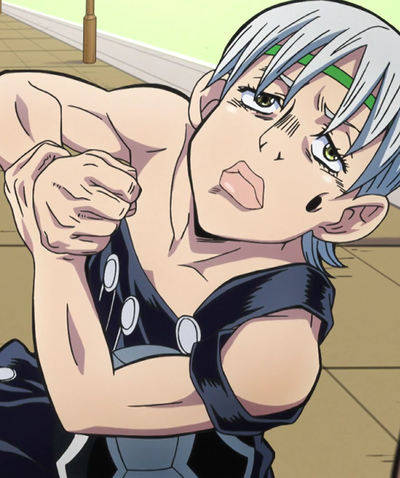 Ken is a young boy of short stature, slim build, and medium straight hair. His attire consists of a headband, open ankle-high sandals and shortalls with both straps on one shoulder; the garment is adorned on all sides by several large safety pins.

Otherwise, Ken is stated to behave like any ordinary bouncy child. According to Heaven's Door, Ken reads Shōnen Jump every week and is in sixth grade at his school. He loves soccer but played baseball until his coach complained about his long hair and he was forced to quit (while blowing his nose on the coach's hat). He also hates peppers and anpan, likes fatty cuts of meat, is afraid of the dentist and Namahage, and has never used a public restroom. He also has no family issues. During the climax of his fight with Rohan Kishibe, Ken exclaims "Good!", similar to Daniel J. D'Arby.

Ken Oyanagi proceeds to approach Rohan Kishibe and harasses him in order to play rock-paper-scissors with the mangaka. He confronts Rohan a first time at the train station, while Rohan is investigating the crowd of commuters. Rohan tries to ignore him but when Ken insists, he uses Heaven's Door to read his bio. Reassured that Ken isn't a Stand User (unaware that Ken just became one and isn't completely aware of his ability), Rohan tries to go away but Ken tries take a taxi in his stead. Angered by the kid's insistence, Rohan accepts to play to see who gets the taxi. Rohan wins with "rock". Later, Ken finds Rohan at the "Café deux magots" and takes his seat at the only free table; when Rohan protests, the boy makes a scene and loudly cries to embarrass Rohan. Thus, he forces Rohan again to play again to see who gets the table. However, Rohan wins with "paper".