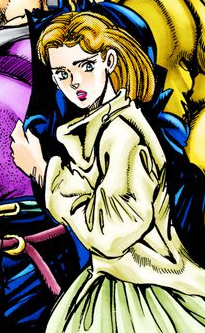 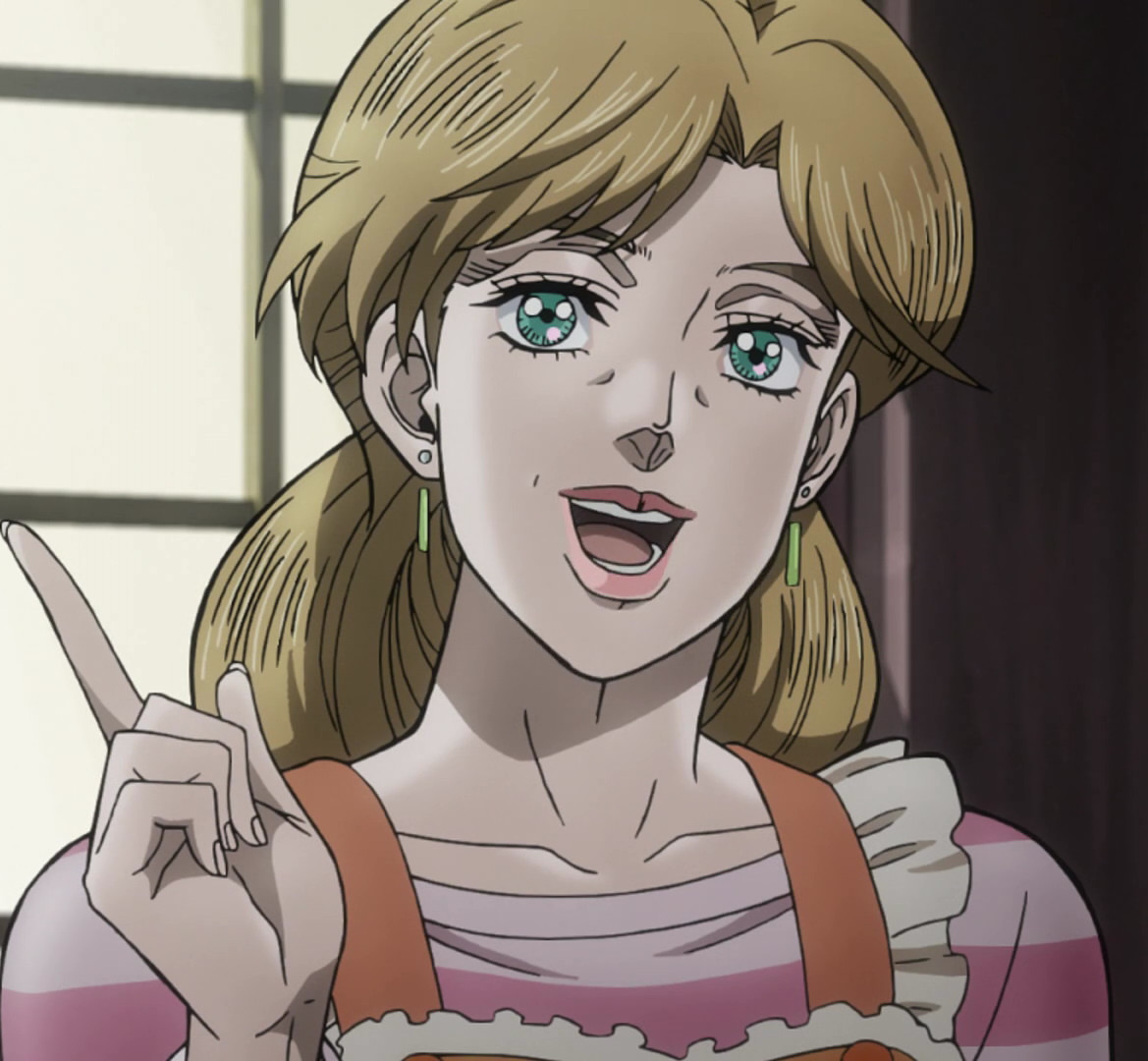 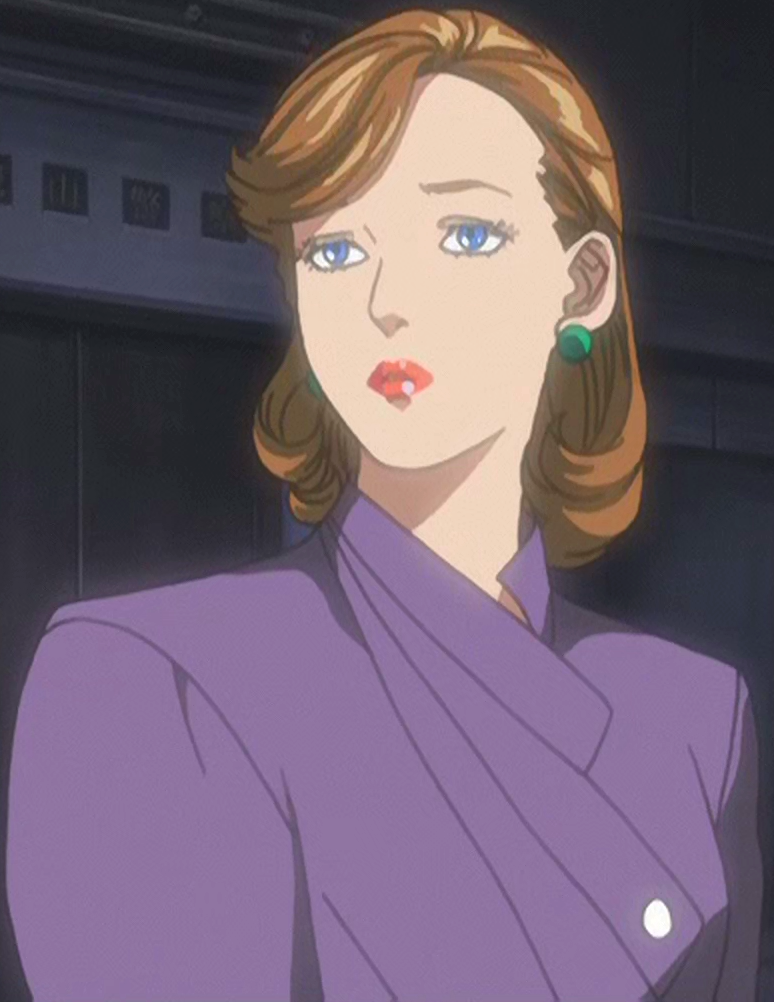 JoJo's Bizarre Adventure (SFC Game)
The character featured in this article is commonly referred to as "Holly Kujo".
For a similar character, see Holy Joestar-Kira
“
He used to be such a good boy... and now I don't know what's happened to him!
”
—Holy Kujo, Chapter 114: Jotaro Kujo, Part 1

Because of the connection between Jonathan Joestar's body and his descendants, Holy gains a Stand when DIO gains his. However, she becomes ill from the power of her own Stand, setting Jotaro and Joseph on course for Egypt to kill DIO.

Holy's "loving" relationship with her son

Despite her age, she is sometimes childish, tickling her father in public[9] and playfully demanding that he call her by her nickname.[1]

Having lived in Japan for twenty years she has adapted to living there well, speaking Japanese very well, as noted by a japanese policeman.[10],

Holy is fluent in Japanese due to living in Japan for two decades.[10] 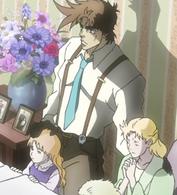 Holy as a child, briefly featured in the Battle Tendency anime

She is first mentioned at the end of Battle Tendency when a Japanese man bumps into Joseph with his suitcase, asking if he is alright but also blaming Joseph for not looking where he was going. While Joseph is about to dismiss this, he notices the man is Japanese and knees him in the stomach. He then claims that he hates the Japanese because his beloved daughter fell in love with a Japanese man and left home to the other end of the world, rarely coming home to visit for the next twenty years.

In the anime, she was also shown as a little girl alongside her parents as they overlook Erina on her deathbed.

Holy is introduced as the loving mother of Jotaro Kujo. When he locks himself in jail, claiming to be possessed by an evil spirit, Holy calls her father, Joseph Joestar, to see him. Joseph tells Jotaro and Holy that DIO had acquired the body of Jonathan Joestar, and with it had somehow developed a Stand ability, but yet he fails to convince him even with proof. However, Holy does not care much about it and continues to live as if everything was normal.

Because of this, all of Jonathan's descendants had also developed a Stand, the "evil spirit" Jotaro mentioned. Holy eventually develops one too, but doesn't have the strength to support it and falls ill after hiding her condition for a time to no worry her family. Holy's ailing condition becomes the catalyst for Jotaro and company's quest to Egypt, as the defeat of DIO would stop Holy's Stand of showing itself. As the Joestar Group travels from Tokyo to Cairo, Holy's sickness worsens. At one point, she receives the visit of her mother Suzi Q.

At the end of the adventure, she is back on her feet and once more the loving person she was.