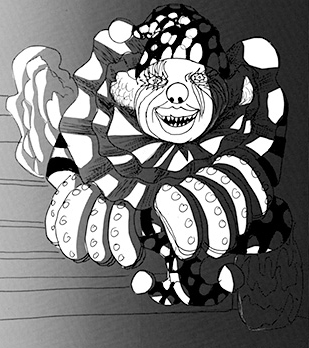 JORGE JOESTAR Chapter 3
“
Given the source of her powers, I immediately decided to call it a Wound. Injury was too coarse, and Trauma sounded too medical, and the implication that it was mental suffering was too strong. This wound was both physical and emotional, and grew over time.
”
—George Joestar, JORGE JOESTAR Chapter 3

A Wound (ウゥンド, Wundo) manifests from a person's repeated physical and emotional trauma. They are less controllable than Stands and tend to serve a purpose of stopping the user's source of pain.[1] It is a power unique to the light novel JORGE JOESTAR, based on the JoJo's Bizarre Adventure series.

Wounds are created from the emotions of an individual suffering from repeated harm, either to their mind or their body. When the individual's body attempts to heal, it creates an ability to protect itself from suffering the same injury again. George Joestar names the concept Wound due to the nature of their abilities and how they originate.

“
To protect their own lives from the fatal wound, their talents would blossom, the energy would heal the wounds, and they would discover special abilities previously hidden within them.
”
—Kars, JORGE JOESTAR Chapter 12

The ability of a Wound varies like Stand abilities, depending on the trauma of the user. For example, Antonio Torres developed a Wound that allows him to shed his skin every year from a single incision, as a result of his mother peeling away his skin bit by bit every year.

Stands are also capable of gaining Wounds after being stabbed by the Arrow.[2] The Wound causes the Stand to evolve into a Requiem Stand, such as Reimi Sugimoto's ability evolving from Cube House to Arrow Cross House and Kars's Whitesnake Ultimate evolving into C-Moon Ultimate Requiem.[3]

Despite Wounds manifesting in order to help their user cope with their trauma, they may cause the user more harm as well. The Wound of Steven Motorize would forcefully grow wings out of his back, causing immense pain, bleeding, and bruising. It would take three weeks for his back to heal and the wings to fall off.[4]

Users may be unaware of their Wound, such as in the case of Penelope de la Rosa assuming the clown created by her Wound was actually Javier Cortes trying to kill her. If the user does not have their emotions in control or are in a limited state of mind, their Wounds can activate subconsciously and harm those they care about.[1]