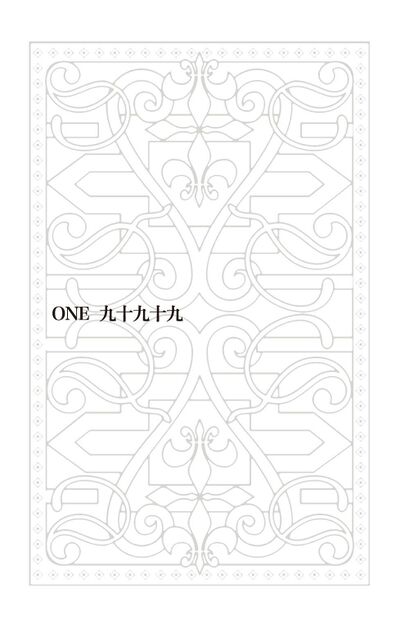 ONE: Tsukumojuku (ONE・九十九十九, Wan Tsukumojūku) is the first chapter of JORGE JOESTAR, a light novel based on the JoJo's Bizarre Adventure series.

George Joestar is an eleven year old boy living on La Palma with his mother, Erina Joestar, and Elizabeth Straizo (also known as Lisa Lisa). George recalls the countless times he's been bullied by his Spaniard classmates, including how they just tried to shove dog waste in his mouth as he was on his way home from school. Luckily, Lisa Lisa was always there to save him and constantly beat up Antonio Torres, the boy who led the gang of bullies.

George cries when he returns home and Erina gives him a stern talk. He discovers that Lisa Lisa will be leaving them to go live in Italy with her adopted father Straizo, when she turns twelve. While George refuses to accept it at first, a strong speech from Erina and seeing Lisa Lisa cry for the first time convinces him to be brave. He becomes determined to stand up to his bullies and beat them up on his own. The next morning, George tries to avoid Antonio's gang so he goes to school very early and hides in a storage room. He soon discovers his plan was for naught, as when he goes to class, he is immediately interrogated by Julio Gonzales, one of his bullies. Antonio was murdered that morning, and Julio was accusing either George or Lisa Lisa to be the suspect because both of them had left their house early, and Lisa Lisa wasn't at school yet. As Julio continues to harass George, their teacher, Mr. Fernandes, enters the room and tells Julio and the other bullies of George to be ashamed of themselves. Julio reveals that Antonio died by being crushed to death, leaving him flat as a sheet of skin with no blood, no muscle, and no bones.

Tsukumojuku Kato, George's only Asian classmate, suddenly enters the room. He was a child detective, and had been eavesdropping on the conversation. Declaring that he had already solved the case, he brings out Antonio's "corpse". The sheet of skin was a work of art by Antonio's mother, Maria Torres, who carefully peeled off pieces of her son's skin to make This Year's Antonio. She had been making one a year since Antonio was a baby, and thus his body would adapt to the loss of skin by speeding up his skin cell production three days before Maria's customary skinning day. George ponders whether the real Antonio is still alive and Tsukumojuku opens the door, telling the person standing there to enter. Although the person looked like Antonio, George could tell he was actually dead.

Lisa Lisa steps out of Antonio's skin and introduces herself to the class. She says the person who murdered Antonio is nearby, and Lisa Lisa had worn his skin to lure the murderer to the police. Lisa Lisa describes four rules that her classmates must follow in order to stay safe, warning them that they must be home before sundown, and need to stay there with their doors and windows shut until sunrise. Tsukumojuku then states that Lisa Lisa's plan had worked, and the sunlight-hating killer was already in the school. George notices that the hallway had turned dark and gloomy, before spotting Mr. Fernandes close the curtains. Lisa Lisa reveals that since she was a baby, she had special breathing powers like her adopted father and George's father. As Mr. Fernandes clutches the last curtain, he is killed by the sunlight and his body crumbles into dust. George states that Mr. Fernandes had been human while he was with them in class, so he must have been turned into that creature by the murderer of Antonio, who had forced him to close the curtains.

Lisa Lisa, George, and Tsukumojuku walk down the hall and are confronted by a man who looks like Antonio, standing on the ceiling. The man's name is Alejandro Torres, and he asks if they've seen his son. Alejandro had already eaten Antonio in the morning but then heard he went to school afterwards. Lisa Lisa argues with the man and he decides to kill her, but is destroyed by Lisa Lisa's Indigo Blue Overdrive. As an attempt to be brave, George unexpectedly runs in front of her at that moment to Lisa Lisa's surprise, and is also knocked out by the attack. George wakes up the next morning on his bed and talks to Straizo, who explains that the remains of Antonio and Alejandro had been cleaned up, and other monsters on the island were destroyed. George asks if he has a power like Lisa Lisa's, but realizes he doesn't want it because he would be too scared to fight. Straizo cheers him up, and says he was brave enough to act in the fight against Alejandro.

Tsukumojuku soon comes to visit George and the two become best friends. Tsukumojuku talks about how he had a Beyond, but it abandoned him. George just thinks he's delusional. When it is time for Lisa Lisa to leave, she jokes about marrying George and they both say they love each other. For the next four years, Tsukumojuku and George go on detective adventures and solve many mysteries. When he turns 15, Tsukumojuku has to go back to Japan and George cries a lot about being alone. George declares that he would come to Japan in the future and they could go solve more mysteries. However, two months later, the boat Tsukumojuku had left on is found at the bottom of the sea by the army.