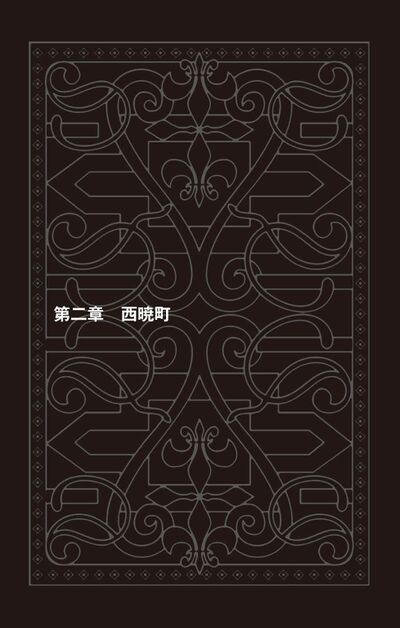 Jorge Joestar narrates about his heritage and the spelling of his name. He is fifteen years old and lives in Fukui Prefecture, Japan. His Japanese birth parents were unable to look after him for unknown reasons and handed him over to the authorities when he was a baby. He was adopted by the Joestar family and raised in English. When he turns eighteen, he has to pick either English or Japanese citizenship as well as decide on a formal name. Although his name is romanized in his passport as "Joji Joestar", he prefers the spelling "Jorge", as he fears English speakers would pronounce "Joji" incorrectly and "Jorge" would allow his friends to continue calling him with the nickname "Detective JoJo" rather than "George".

Before going to bed, Jorge recalls his past detective cases, including solving fifteen locked room mysteries in a row two years prior and catching two serial killers in the current year, Guruguru Majin and Nail Peeler. He would often make a full report of his cases to his father, Jonda Joestar. However, something about the fifteen locked room murders still bothered him. Jorge finds a map in a newspaper article detailing the locations of each murder and discovers that it is actually a puzzle. He imagines a large 4x4 grid on top of the map and sees that there is an empty square. Jorge easily solves the puzzle by moving each number by one square and realizes that there must have been a mastermind who designed this puzzle as well as the fifteen locked room murders, despite the fifteen murderers they caught having nothing in common. He struggles to find a meaningful conclusion behind this puzzle and goes to investigate.

Jorge gets on his bike and rides north towards Takefu, attempting to find something like a locked room. Instead, he finds a farmhouse on fire, belonging to the Kato Family. Serika, Satoshi, and their four year old son, Seshiru, stand outside their house in shock when Seshiru suddenly blurts out to Jorge that there is a pool inside their house with a boy swimming in it. Jorge looks through the windows and sees that their house is filled with water moving at whirlpool speeds. Serika mentions that the incident happened randomly while they were eating dinner. Seawater started pouring down and when they exited their house, the house started burning. Jorge notices that the person inside is clinging to the window and rushes to save him. He breaks the glass on the nearest ground floor windows, allowing him to open the door. All of the water exits out the door, bringing the boy who was trapped inside onto the front lawn.

The boy was actually Tsukumojuku Kato, who reveals that he was on a boat in between the Atlantic and the Gulf of Mexico before suddenly ending up in that house from a tornado. However, Jorge had never heard of the Gulf or the Atlantic and says that there's only one ocean. Tsukumojuku reveals that his home address is the same as Serika's parents. Despite them having the same last name, the Kato family does not answer Jorge when he asks whether they're related, as they are still in shock from their house burning down. Tsukumojuku and Jorge discuss more details of what he was doing before ending up there and Jorge reveals that there is only one continent that he knows of, which is named Panlandia. The two teenagers introduce themselves as detectives and Tsukumojuku is shocked to learn that the boy he was talking to is also named Jorge Joestar. He wonders what Beyond is planning and what role it has in mind for him.

After going to the hospital, Tsukumojuku discovers that he traveled through time to 2012. However, after comparing maps of each other's worlds, they both realize there is no way the land could have shifted so much in only one hundred years. The two assume that Tsukumojuku must have ended up in a parallel world after traveling to the Bermuda Triangle. After deducing a way on how to get Tsukumojuku back home, Tsukumojuku tells Jorge about his friend, the other George Joestar. Both Tsukumojuku and George had solved the same or similar cases that this Jorge had solved. Tsukumojuku and George had just captured the true mastermind behind the fifteen locked room murders, Javier Cortes. Before Tsukumojuku could explain, Jorge decides he wants to solve it by himself, eventually deducing that Javier must have the supernatural power to enter dreams. Tsukumojuku confirms his theory, stating that Javier would dress up as a clown and haunt the dreams of random victims while he was sleeping, drawing out their darkest emotions and convincing them to kill someone. Javier had been abused by his mother Leonora Cortes, who had felt lonely after her husband Juan Rovira Cortes would often be away having affairs. After being caught, the Spanish police in La Palma beat Javier to death and sink his body in the sea at night, leading to Leonora killing herself afterwards.

Jorge calls Masami Shirai, a cop at the Fukui Police Department, to interrogate the fifteen murderers they caught about their dreams. A while later, he calls back and confirms they all had similar dreams. However, their dreams had a man named Yoshikage Kira, who left a message in their dreams stating "If Jorge Joestar ever comes to Morioh, I'll kill him". Shirai warns Jorge to stay away from there, but Jorge was only more tempted to go investigate. He decides to head home for the night, saying his goodbyes to Tsukumojuku and offering to pay for his travel expenses. The next morning, Jorge learns that Tsukumojuku was murdered in Morioh.