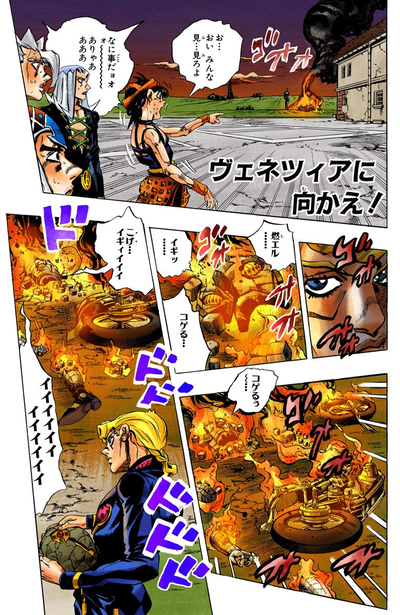 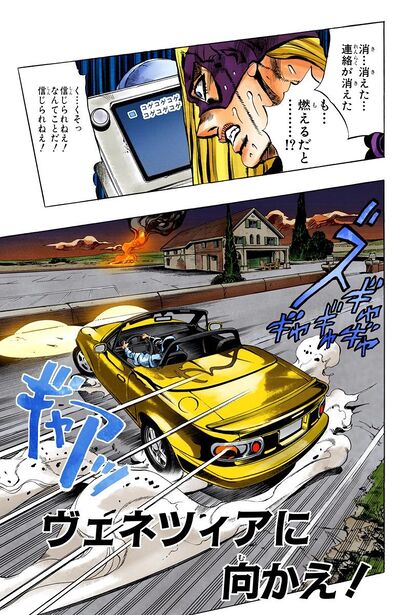 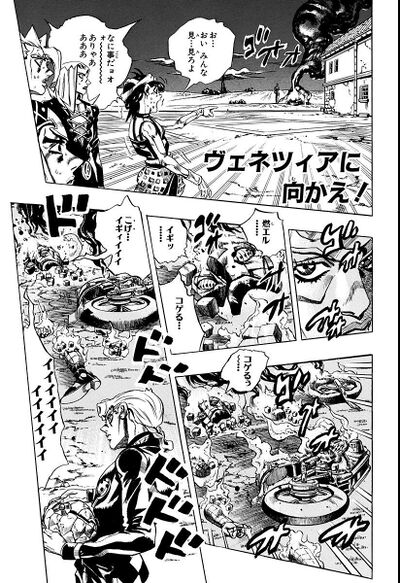 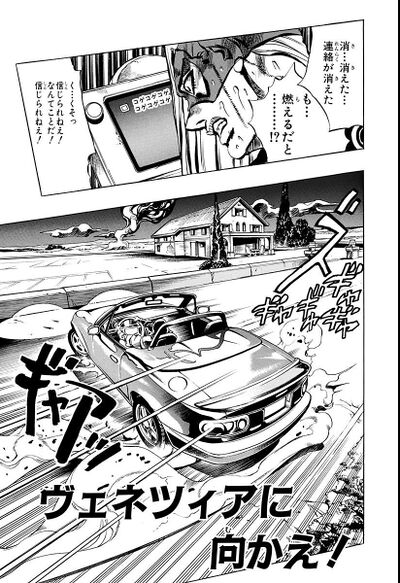 Head to Venice! (ヴェネツィアに向かえ！, Venetsia ni Mukae!), originally An Order from the Boss!! (ボスからの指令!!, Bosu kara no Shirei!!) in the WSJ release, is the sixty-eighth chapter of Vento Aureo and the five hundred seventh chapter of the JoJo's Bizarre Adventure manga.