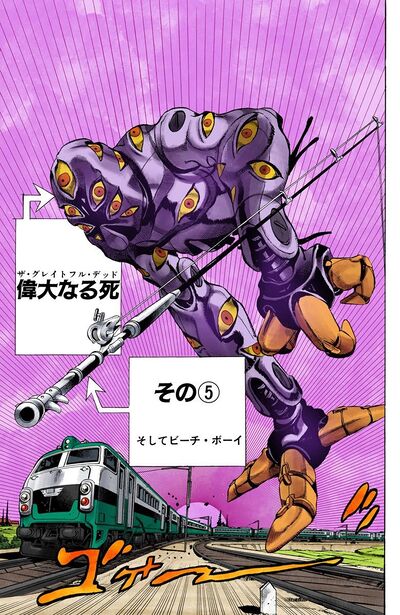 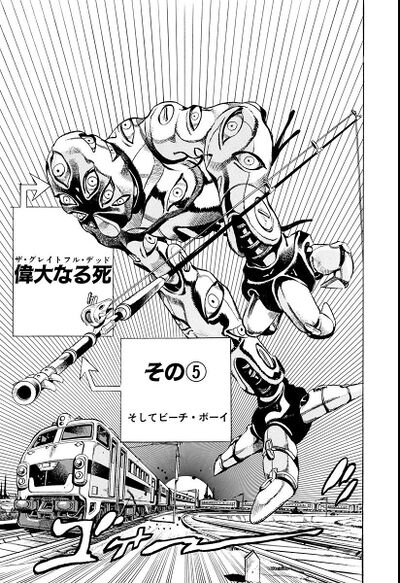 In the train's control room, Pesci and Prosciutto search for Team Bucciarati. Deducing that they must be in some interdimensional space, Prosciutto asks Pesci if he senses another life form in the control room. Pesci gives a response with zero confidence, which prompts Prosciutto to motivate him. Prosciutto asks Pesci if he saw anything out of the ordinary, which reminds Pesci that he did see a small black object under one of the seats. Unfortunately Pesci is unable to find it, once again putting him into a depression. However Prosciutto commends Pesci stating that he now understands Bucciarati's secret. Prosciutto finds animal droppings under the driver's seat and deduces that Bucciarati is hiding within an animal's Stand. The two finally find Coco Jumbo and prepare to attack the unaware victims inside, however Pesci notices that one of them is missing.

In another train car, Sex Pistols No. 5 tries reviving Mista, by using the ice stuffed into Mista's hat, blocking the bullets that Prosciutto shot him with. As No. 5 helps Mista, No. 6 helps Bucciarati as he appears over Pesci and Prosciutto, ready to attack.