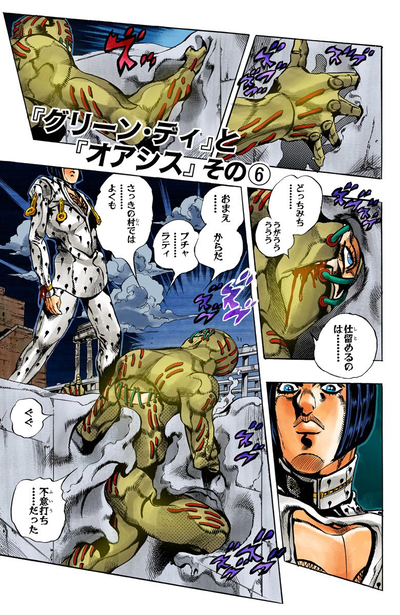 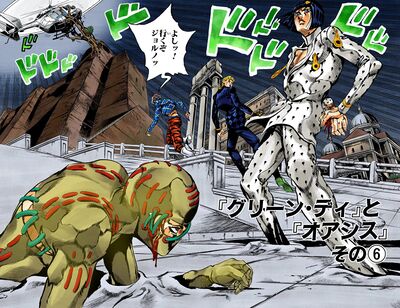 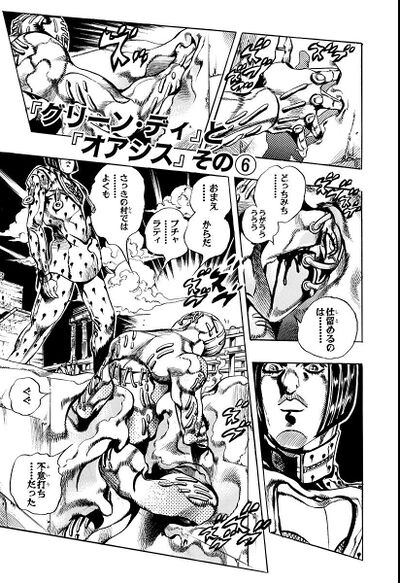 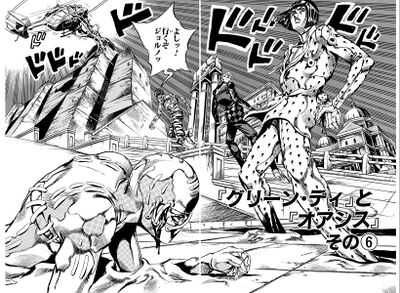 The group splits up; Giorno and Mista take Coco Jumbo and go fight Cioccolata, while Bucciarati stays at street-level to fight Secco. Bucciarati attacks Secco, but he proves himself to be surprisingly strong and fast, moreso than Sticky Fingers, which puts Bucciarati on the defensive.

Using the soft ground as a spring, Secco pummels Bucciarati and almost overwhelms him. Using his zippers, Bucciarati cuts a part of the ground to slide down into another street to evade the attack. Secco is intrigued by his invulnerability to Green Day, but says he will simply crush Bucciarati.