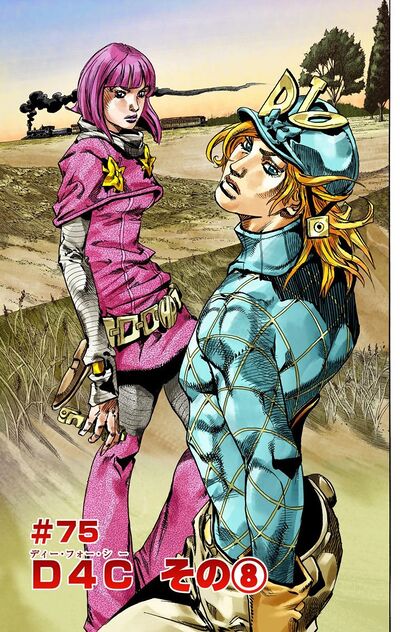 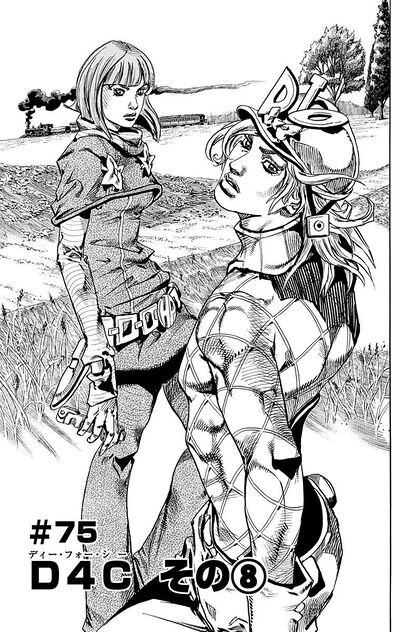 When Diego explains that he will kill him without putting him between two surfaces, Valentine becomes anxious and tries to slam himself between a door and a wall. His escape is blocked by Hot Pants who detached her arm and uses it to stop Valentine from going into other universe. Valentine almost dies after D4C's hands are cut off, but a jar of water spills itself on him, enabling him to escape. A drawer suddenly opens itself on Hot Pants, knocking her on the ground, and several Valentines emerge to attack Diego.