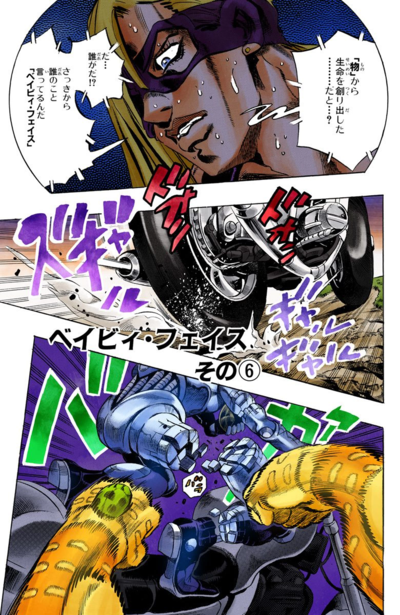 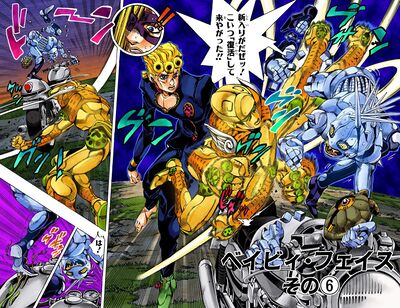 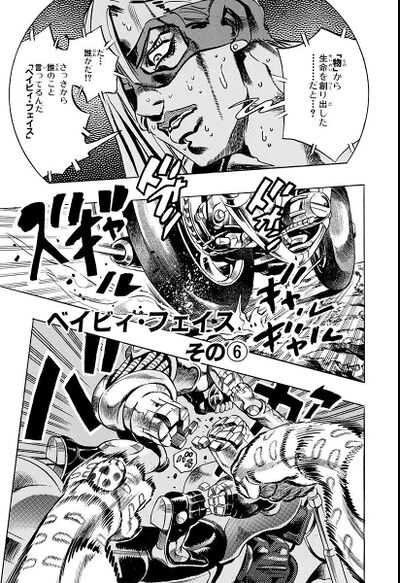 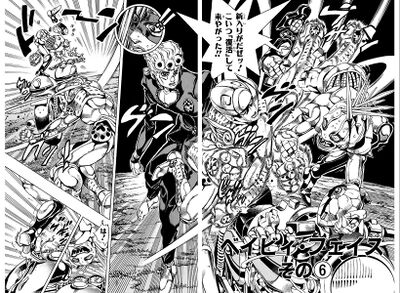 Gold Experience transforms the motorcycle into vines, tying Baby Face up. This forces it to abandon the motorcycle and Coco Jumbo; the turtle landing near a group of rocks. Baby Face panics but at Melone's command, waits for Giorno to go get the turtle and attack him, posing as his shadow.

Baby Face seemingly sections Gold Experience's arm, but doesn't see it fall, realizing too late that Giorno detached it and made it fuse with Baby Face's own arm. A piranha comes out of Baby Face's chest, heavily injuring it. As a result, Baby Face angrily questions Melone's tactical advice.

Author's Note
“
To answer a super niche but frequently asked question: The Part 3 character, "Nukesaku" is a vampire and he does not have a Stand ability.
”
—Hirohiko Araki
“
超マニアックだけどよくされる質問。3部に出てくる「ヌケサク」は吸血鬼で、スタンド能力はありません。
”
—Hirohiko Araki