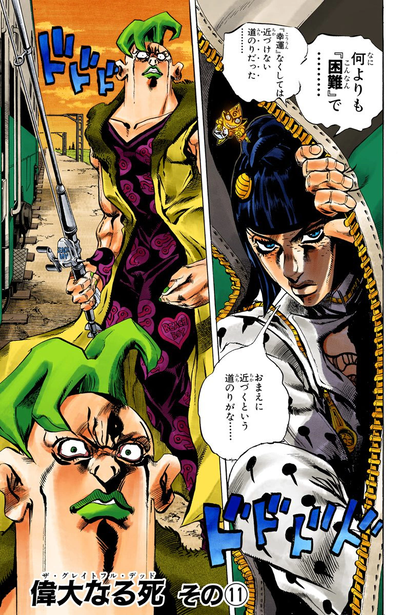 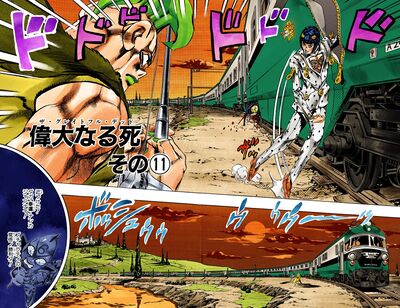 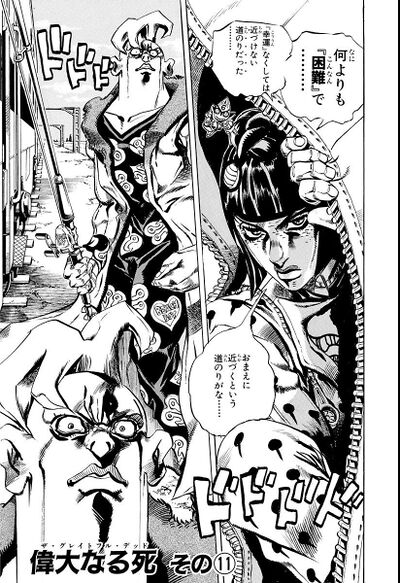 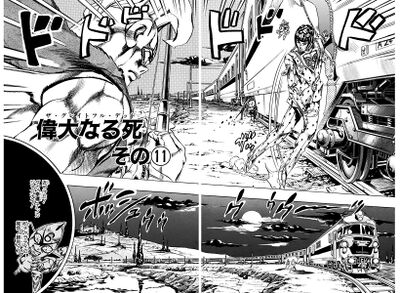 Outside of the train, Pesci and Bucciarati stand off, waiting to begin their duel. With Prosciutto on the verge of death, the aging affect is nearly gone. Coupled with the fact that Sticky Fingers is superior to Beach Boy in close range, Bucciarati has the advantage.