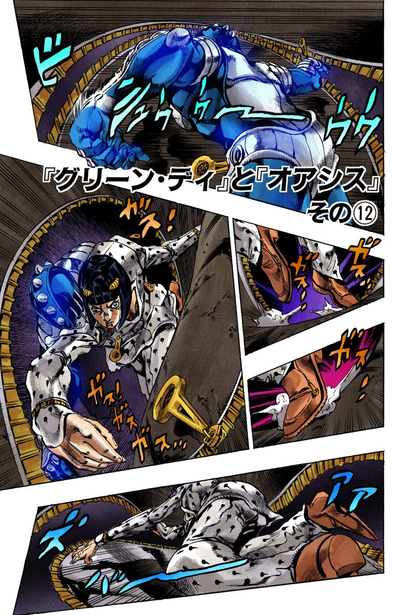 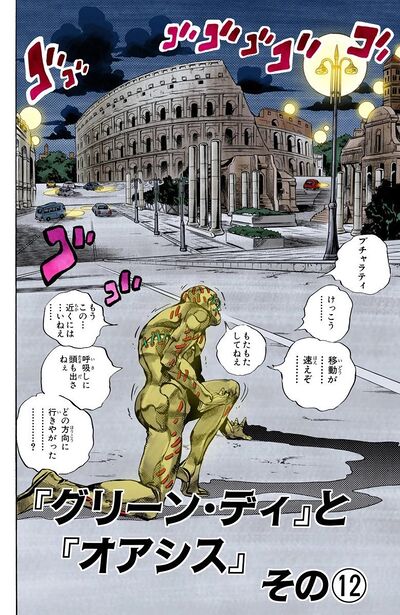 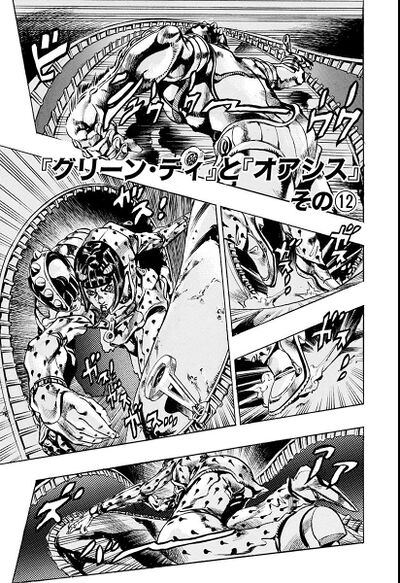 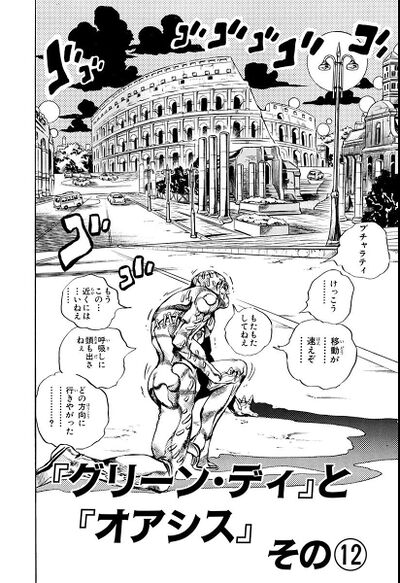 "Green Day" and "Oasis", Part 12 (『グリーン・ディ』と『オアシス』 その⑫, "Gurīn Dei" to "Oashisu" Sono 12), originally One Step Short of the Colosseum! (コロッセオ、一歩手前！, Korosseo, Ippotemae!) in the WSJ release, is the one hundred twenty-sixth chapter of Vento Aureo and the five hundred sixty-fifth chapter of the JoJo's Bizarre Adventure manga.