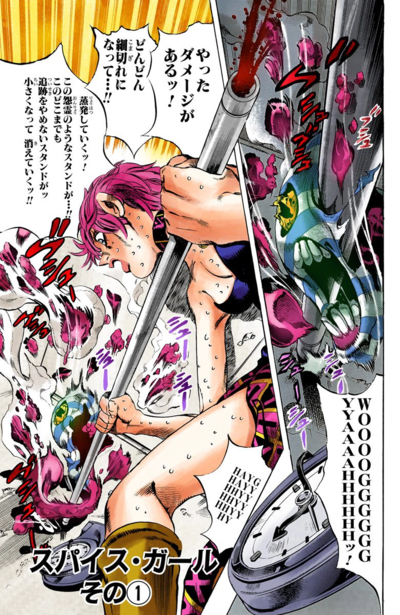 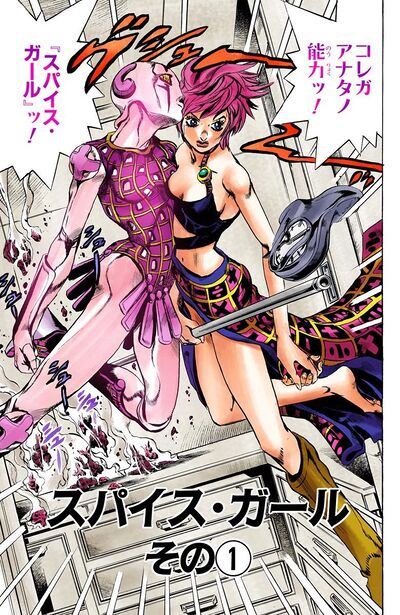 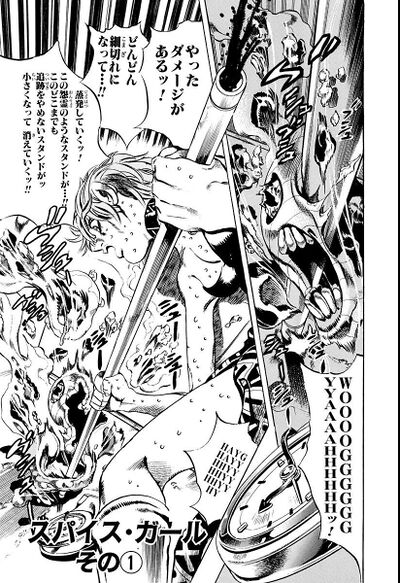 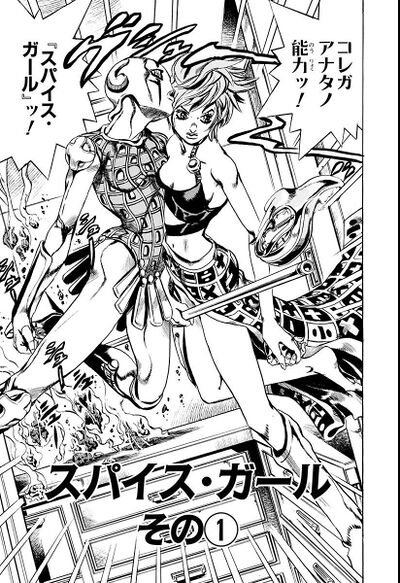 Trish seemingly disintegrates Notorious B.I.G and safely goes toward the cockpit calling Bucciarati. When Bucciarati opens the door, he orders Trish not to move, to her surprise. Abbacchio also tells that the plane is rapidly losing altitude, and Bucciarati concludes that it must also feed on the engines' energy.

Trish turns her head to find the cause of this, and sees that an enormous Notorious B.I.G has invaded the entire back of the plane, remains of the Stand having probably slipped near the engines. Trish makes a quick decision and rushes into the cockpit with Bucciarati, softening the walls so Notorious B.I.G can't destroy them. She then has Spice Girl pummel the plane to destroy it, so that the enemy Stand targets the bigger thus falling faster debris.