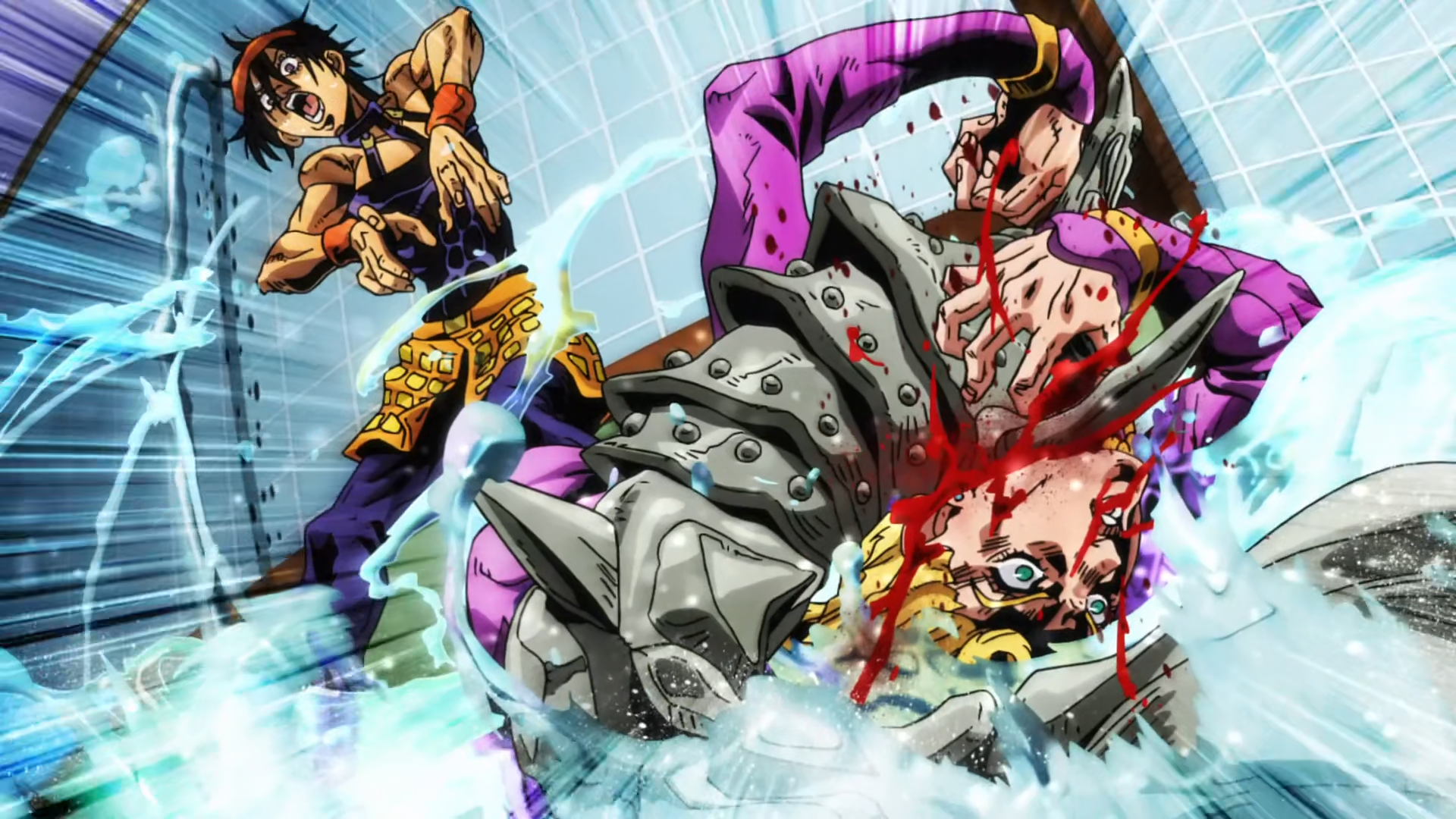 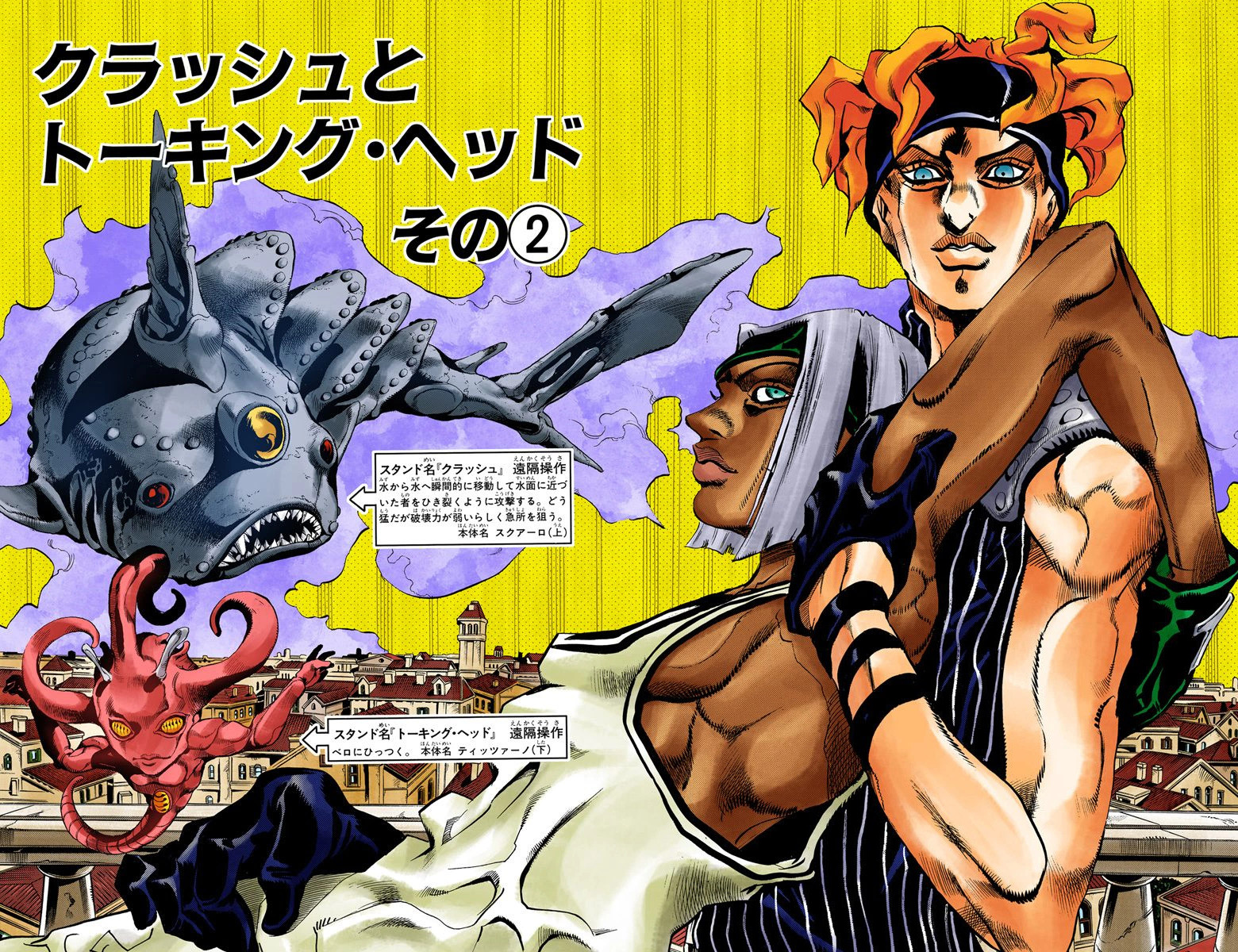 It narrates Narancia's attempt to warn the rest of Team Bucciarati as Tiziano's Talking Head forces him to lie and lure everyone near water, where Squalo's shark-like Clash lurks.

Still in Venice, Giorno's companions discuss about how to defeat the boss. Trish reveals that her mother met the boss in Sardinia, and suggests that his past can be uncovered there.

Narancia is then attacked by Squalo's Stand, Clash, which can jump between bodies of liquid.[1] The Stand plants Tiziano's Talking Head inside Narancia's mouth; when he attempts to inform the group of Clash, Talking Head renders Narancia unable to tell the truth.[2] The two enemies attempt to use Narancia to lure the group near bodies of water, where Clash can attack them. Giorno figures out the enemies' plan, but is incapacitated by Clash.[3] Giorno tells Narancia to focus on finding the Stand users before Clash drags him into a puddle of water. Narancia manages to discover Tiziano and Squalo by cutting off his own tongue, and fatally wounds the two of them with Aerosmith.

After Narancia confirms that Giorno has survived the battle, the gang leaves Venice in search of an airplane.[4]