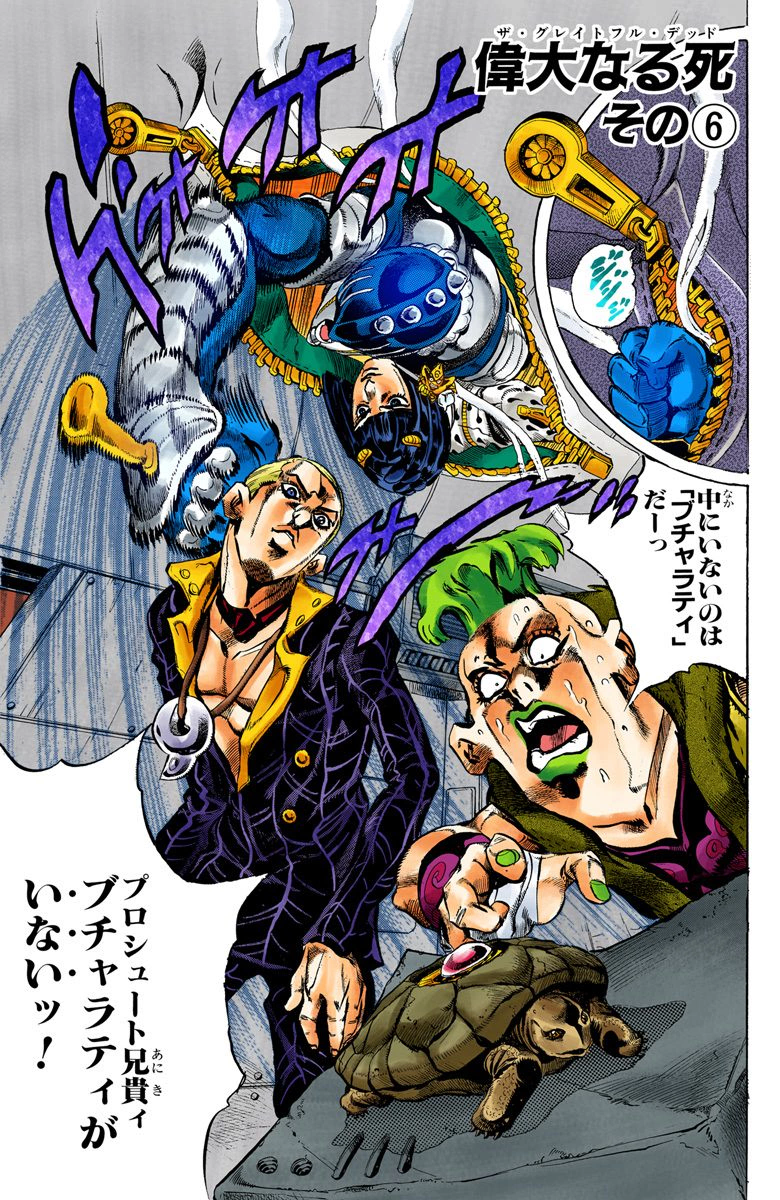 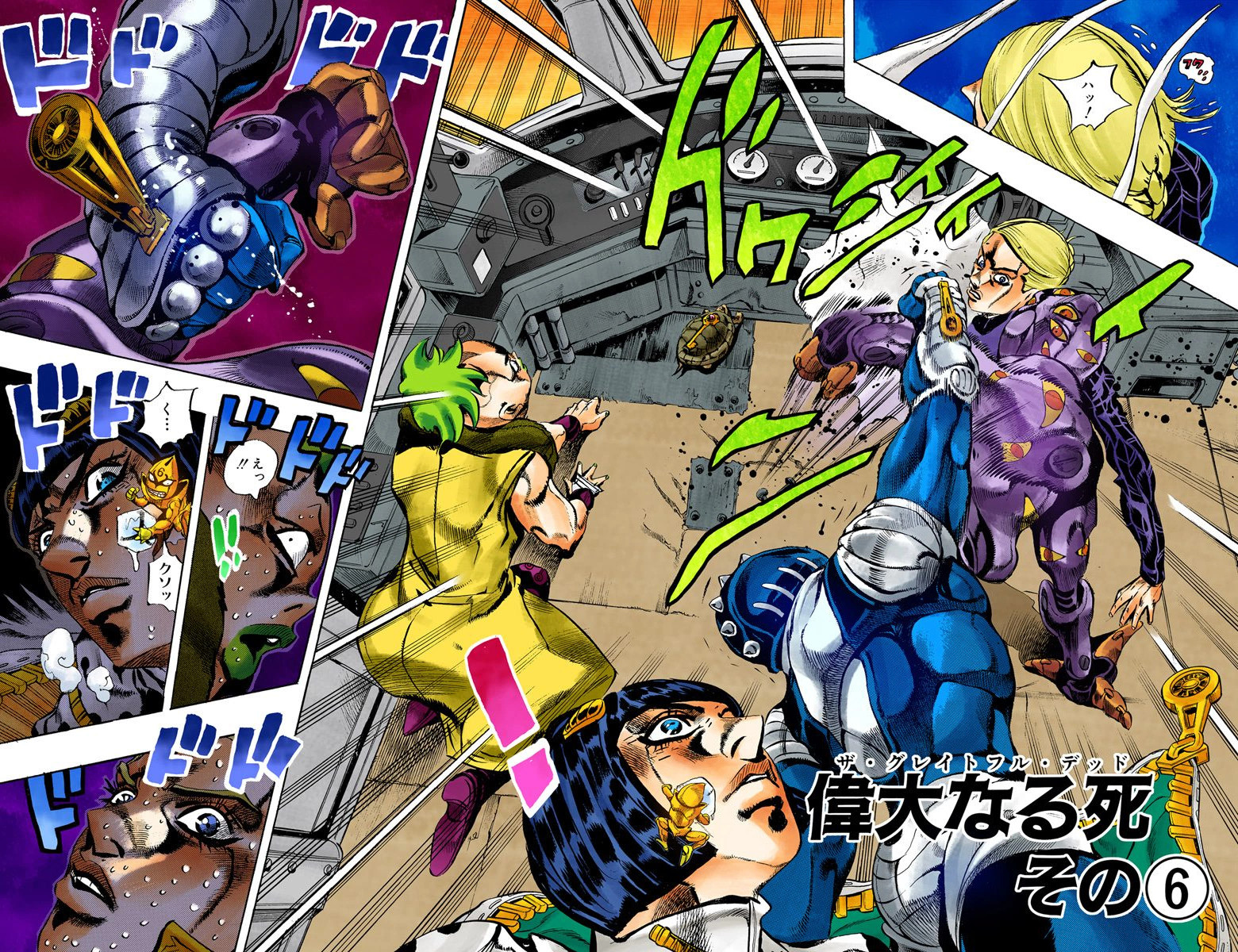 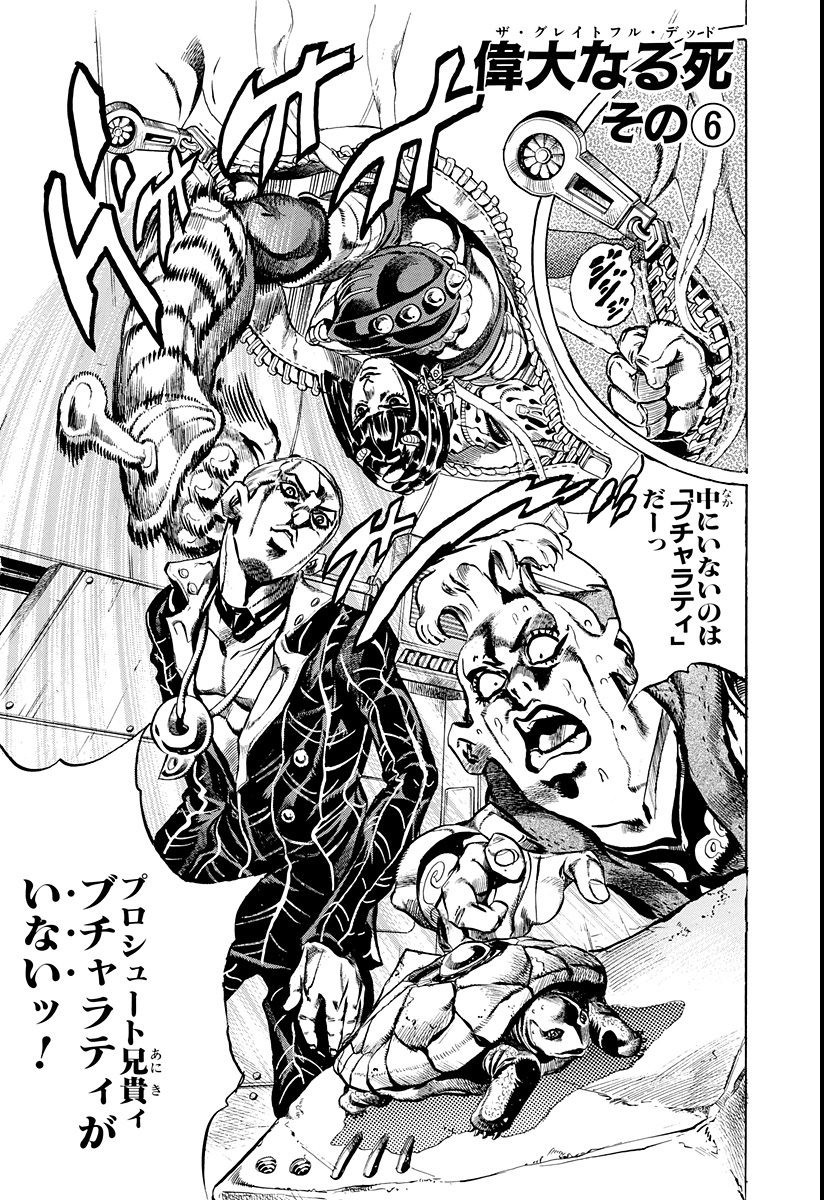 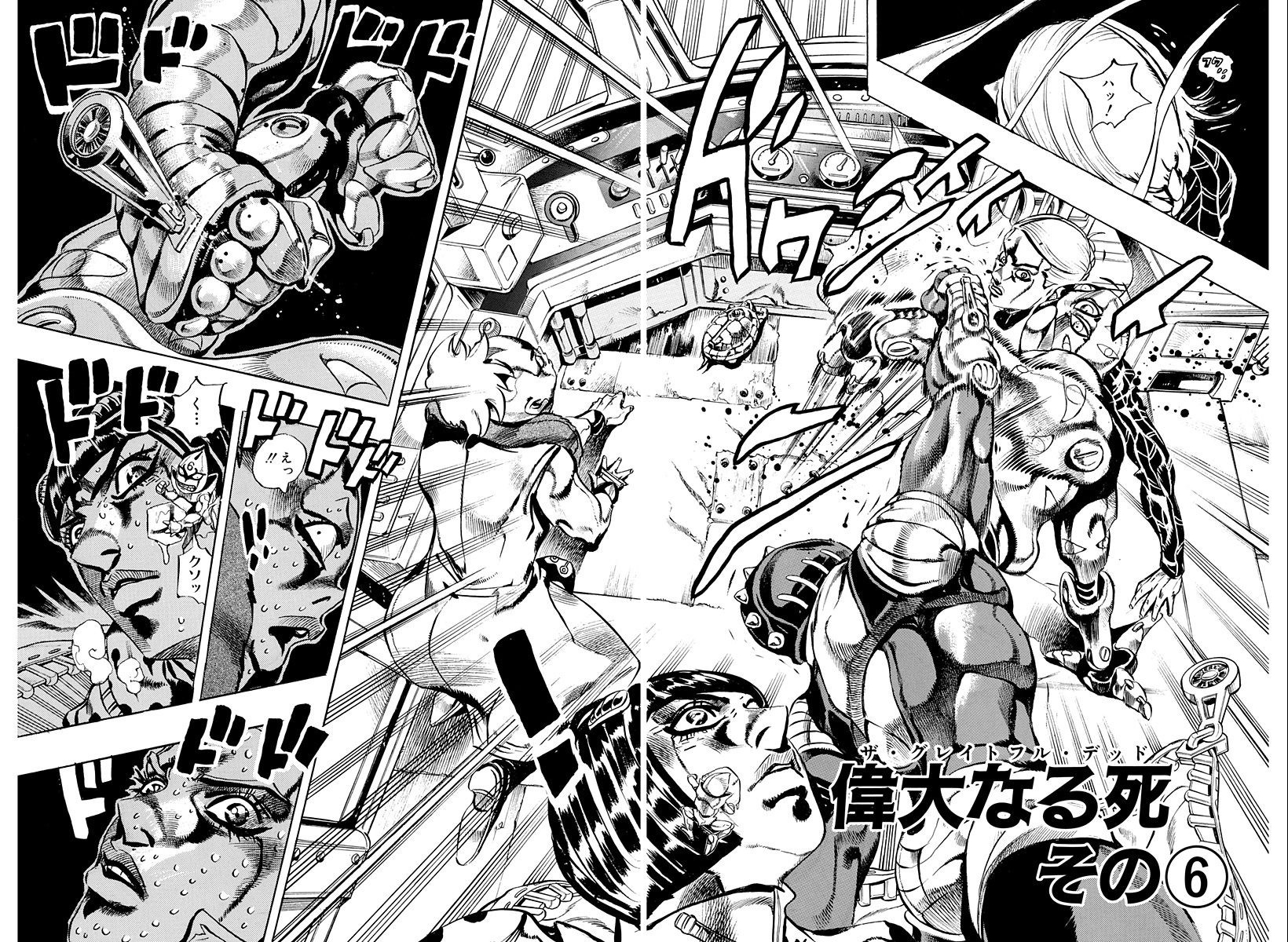 The Grateful Dead, Part 6 ( その⑥, Za Gureitofuru Deddo Sono 6), originally The Leader's Condition (幹部の条件, Kanbu no Jōken) in the WSJ release, is the fifty-fourth chapter of Vento Aureo and the four hundred ninety-third chapter of the JoJo's Bizarre Adventure manga.