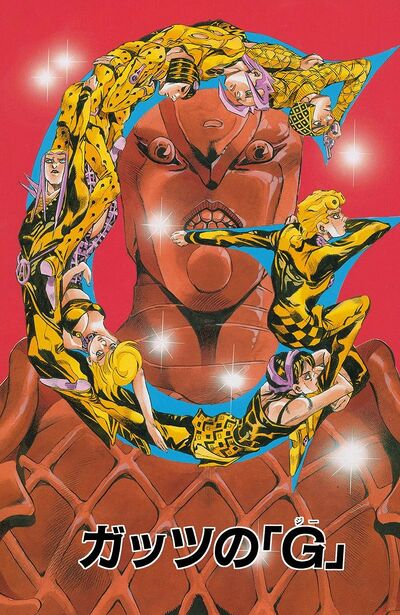 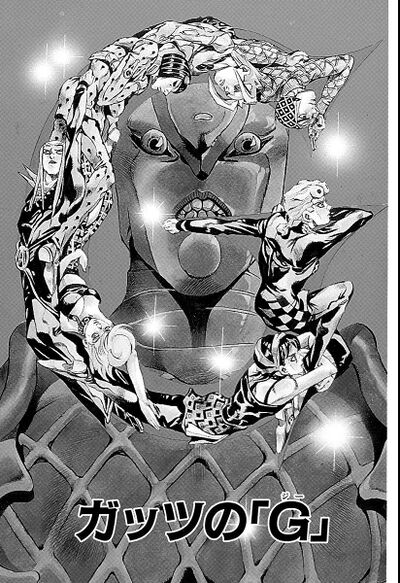 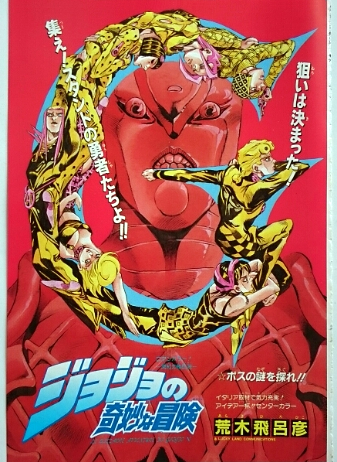 The "G" in Guts (ガッツの「G」, Gattsu no "Jī"), originally Uncover the Boss's Mystery!! (ボスの謎を探れ!!, Bosu no Nazo o Sagure!!) in the WSJ release, is the eighty-fifth chapter of Vento Aureo and the five hundred twenty-fourth chapter of the JoJo's Bizarre Adventure manga.